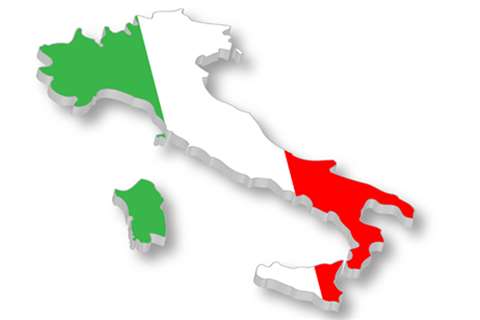 Webuild has started construction work €3 billion worth of high-speed railway lines for Italy’s new Naples-Bari line and the upgrade of the country’s Palermo-Catania-Messina line.

The works to the Naples-Bari and Palermo-Catania-Messina lines are for two separate contracts, which were awarded to a Webuild-led consortium in 2021 by Rete Ferroviaria Italia (Gruppo FS Italiane), and will see the contractor build a total of 83km of line in the south of the country.

For the Naples-Bari line contract, the company will build the project’s final two high speed sections - one between Hirpinia and Orsara and the other running from Orsara to Bovino, which have a combined length of 40km.

The Palermo-Catania-Messina contract comprises the construction of 43km of line for the first two functional sections of the line, which run between Fiumefreddo andTaormina/Letojanni and Giampilieri-Taormina.

Totalling 28.3km in length, the Taormina-Giampilieri section will involve the construction of 25.2km of tunnels. It will be excavated by three TBMs (Tunnel Boring Machines) and will include seven viaducts and two railway stations.

Webuild’s second section on the Palermo-Catania-Messina uprade project will see it construct 15km of railway line between Fiumefreddo and Taormina/Letojanni.

Works to the section, which aim to improve access to the region by speeding up the island’s rail connections, include the building of the Taormina-Letojanni interconnection, the Taormina underground station, four tunnels and two viaducts.

The contracts for the Naples-Bari and Palermo-Catania-Messina lines are part of a larger plan to to improve and upgrade Italy’s Naples-Benevento-Foggia-Bari railway axis in the southeast of the country.

Comprising 27 major infrastructure projects, the plan will double the network’s single-track sections and “add variants to the existing route to improve the integration of the south-eastern railway system with the high-speed network”.

With works spread across four sites - two between Campania and Puglia, two in Sicily - Webuild said “the new sections will contribute to sustainable, fast and safe rail transport in southern Italy”.

The company is also building other sections on the Naples-Bari route. These include the 15km-long Naples-Cancello section and an 18km section between Apice and Hirpinia section, which crosses the Apennines.

In addition, “On the Palermo-Catania line, Webuild is already building the Bicocca-Catenanuova section, which will help trains travel between the two Sicilian cities at a maximum speed of 200 kilometres per hour.”

In total, the company’s activities in the south of Italy currently span 15 projects, with the works involving a number of region’s islands and over 2,300 companies both directly and indirectly.