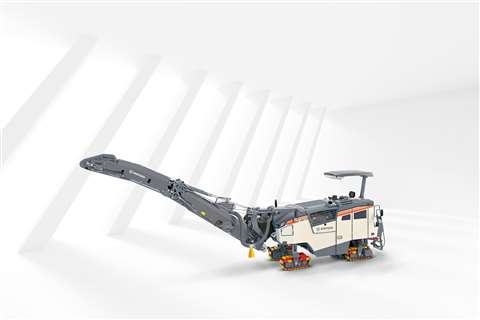 All three models are equipped with a Stage V-compliant 265kW diesel engine from John Deere, which Wirtgen said “use significantly less fuel, even when delivering highest productivity and milling to a maximum depth of 330mm”.

The design of the new models has been based on the company’s larger F series machines and includes digital assistance systems that, according to the manufacturer, enable users to experience the same “high milling performance, efficiency and clear documentation” offered by its larger machines.

Wirtgen said, “Mill Assist also automatically controls the drive system. In conjunction with the diesel engine, an enormously broad spectrum of applications can be realised by reducing or increasing the milling drum speed. 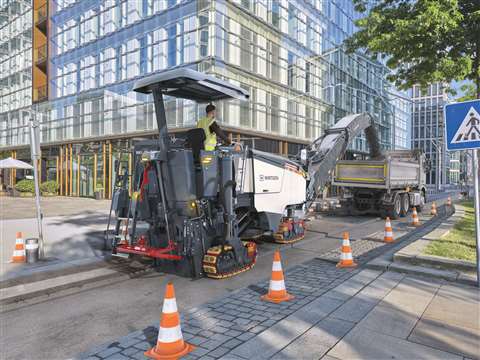 The W 100 Fi, W 120 Fi and W 130 Fi milling machines from Wirtgen’s new compact class can be used for applications such as milling off surface layers or milling tie-ins during road rehabilitation projects. Photo: Wirtgen

“The low speed range enables significant reductions in fuel consumption and minimises pick wear. In the upper speed range, a high-quality milling pattern can be achieved, even in the case of higher area performance rates.”

The WPT automatically determines area performance rates, milling volumes and the fuel and water consumption of the machine in real time.

Operators of the W100 Fi, W120 Fi and W130 Fi models can access and email machine performance and consumption data reports via a 5-inch control screen inside the machines’ newly developed operator cab, which is available with up to five cameras for improved visibility of the machine and the area around it.