What are major contractors doing to promote equal pay?

As Women In Construction Week focuses attention on gender inequality in the construction sector, Lucy Barnard looks at what some of the world’s largest construction companies are doing to employ more women and to promote equal pay

Today marks the start of Women In Construction Week, an awareness raising seven days dedicated to reducing the barriers women face when establishing careers within the construction industry. 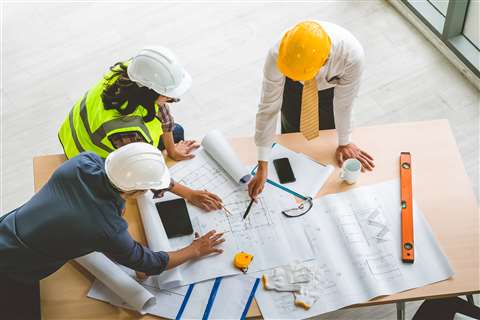 Construction companies around the world are coming under increasing pressure to recruit more women and promote more female staff.

We took a look at what some of the big names in the industry are doing.

Among other measures, the group has partnered with Elles Bougent, a non-profit focused on encouraging more female students to consider careers in engineering or other technical fields, and is relying on its in-house network of women ambassadors who are reaching out to female students in higher education. 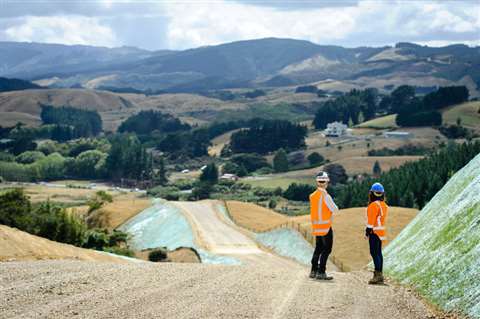 Vinci wants to increase the proportion of women in managerial positions to 28% from the current 21% (Photo: Vinci Construction)

Under France’s Gender Equality obligations, French companies must score themselves on a 100-point index to calculate their progress on gender equality. For the year 2021, Vinci SA, the group’s holding company scored a total of 79 out of 100 points. More here.

ACS
Spain’s ACS - which is parent or shareholder of companies including Hochtief, Turner and UGL - says that, at the end of 2020, it had a workforce of 179,539 of which 42.3% were women. However, the company reports that nearly three quarters of its managers are male – 9,836 compared with 2,323 women. At senior management level, 144 are women, compared with 1,031 men.

ACS reported a gender pay gap of 26.7% (female senior management and university graduates earned an average salary of €56,726 while their male counterparts earned on average €77,384). The company is run by an executive committee of six members, all of whom are men.

The group’s UGL arm has launched a Strategic Diversity and Inclusion Plan which includes the introduction of an Emerging Women Leaders Programme which seeks to increase the visibility of women in management positions and expand professional networks of participants as a commitment to their professional development within the group. Structured as a hybrid learning programme, it combines group sessions with individual coaching.

ACS’s facilities management division Clece has developed a Social Project aimed at integrating a wide variety of vulnerable groups such as victims of gender-based violence, people with functional diversity, people at risk of social exclusion or unemployed young people. In 2020, Clece said employees from these groups represented 11.5% of its workforce. More here.

Bouygues
France-based Bouygues reports that its parent company’s gender equality in the workplace index stands at 89/100 for 2020. None of the group’s ten senior executives are women.

According to the company, in each of the Group’s business segments, the campaign to ensure gender equality is rolled out around three main priorities:

Hochtief
Germany headquartered contractor Hochtief reports that in 2020, 7,997 of its 46,644 workforce were female, equating to around 17%. The number of women in top management positions stood at 13.2%.

It reported a gender pay gap of 11.5% for executives, 11.2% for managers and 15.9% for those at a non-manager level. The company’s executive board comprises five members. Of these, only one, the company’s human resources and chief sustainability officer, is female.

Under German law, the company is required to set targets for the percentage of women in managerial positions. In 2017, the company exceeded its target of having 7.69% of women employed in the first management level beneath the executive board, actually achieving a figure of 11.1%.

For the second management level beneath the executive board, the company substantially exceeded its 7.69% target, with 25% of these management positions held by women. More here.

Eiffage
France-based Eiffage reports that in 2020 more than a third of the executives it recruited were women (33.6%), enabling the company to increase its proportion of female managers by 2% to 23.4%.

The company’s executive committee comprises seven members, one of whom is female. The company’s divisions scored between 51 and 91 out of 100 in the obligatory French gender equality index. See here.

Bechtel
Like all US-based firms, the largest US contractor is required to send detailed information about its gender and race pay gap to the US government, but it does not have to make this information public.

“Across the organization, we are working to ensure that all employees feel valued, respected, welcomed, and treated fairly. We are changing the way we recruit and hire, for example, requiring diverse candidate interview panels to minimize bias in decision making.”

Balfour Beatty
The UK’s biggest construction contractor reported that in 2020 it had a mean gender pay gap of 15% and a median gender pay gap of 18%. The company said that 29% of its lowest paid employees were female whilst just 14% of those in its upper pay bands were women.

Two of the company’s six non-executive directors and two of its 12-strong leadership team are women – its director of communications and general counsel.

The company says that it has implemented a number of initiatives designed to support and develop women in the business. These include its Reverse Mentoring Programme for all UK executive committee members; helping senior leaders to understand the perspectives and experiences of those in under-represented groups.

Balfour Beatty also says it has also continued to invest in development programmes such as its ‘Empower’ and ‘Future Leaders’ training modules to support women in their careers through unique learning opportunities which encourage talented female employees to fulfil their potential, as well as a mandatory e-learning module to equip all of its employees with the awareness and knowledge required to continue to improve diversity and inclusion within the company. See here.