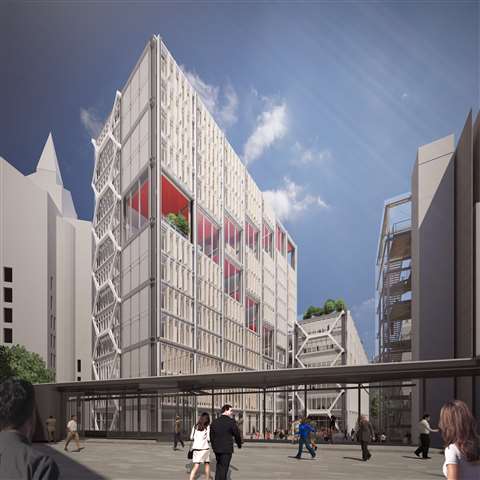 Planning approval has been given for a £120 million (€167 million) UK redevelopment of the London School of Economics & Political Science (LSE).

Known as the Centre Building Redevelopment project, it will create a series of new academic teaching facilities built around a central public square.

The project, which totals 19,621m2 in area, has been designed by Rogers Stirk Harbour & Partners, and includes a seven-storey extension to the university’s St Clements building.

As part of the scheme, existing buildings owned by the LSE in Houghton Street will be demolished.

Among the new facilities are plans for an auditorium, lecture theatres and a restaurant located on the lower levels of the new buildings.

Demolition work is due to begin this summer, with the project scheduled for completion in late 2018.