UK-based Spinks has added an 8x2 Mercedes-Benz Arocs 3248 with rear-mounted PM 15.5 crane to its fleet. 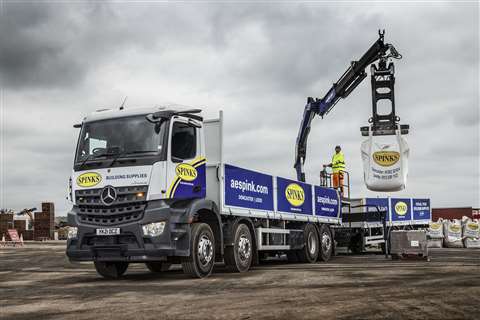 The Arocs works at a maximum GTW of 44 tonnes

Spinks took three examples of the same Arocs model in the first quarter of 2020 but the latest is also fitted with a VBG coupling and is the company’s first truck to pull a drawbar trailer.

The eight-wheeler has a ClassicSpace S-cab and a 12.8 litre, 350 kilowatt (476 horsepower) straight-six diesel.

Its dropside body is by Truck Hydraulics, of Thorne, Doncaster, while Micra Truck Bodies, of Wakefield, built the trailer. Spinks has another 8x2 Arocs on order, for delivery in September.

“We’re making larger deliveries to more building sites over greater distances,” explained transport manager Tony Billam. “The new truck effectively does the job of two, so allows us to operate in the most cost-effective manner.”

The Arocs works at a maximum gross train weight of 44 tonnes.

“We’d typically put 17 tonnes of blocks, bricks and other building materials on the back of one of our eight-wheelers, while the trailer will carry another 16 tonnes,” said Billam. “If he needs to get in and out of a tight location, the driver can always drop his trailer then go back and pick it up again afterwards.”

That driver is Paul Jacobs, who has worked for Spinks since 2017. Like those supplied by Northside last year, equipment on his new Arocs included a twin-screen multimedia cockpit and the MirrorCam replacement for conventional mirrors. 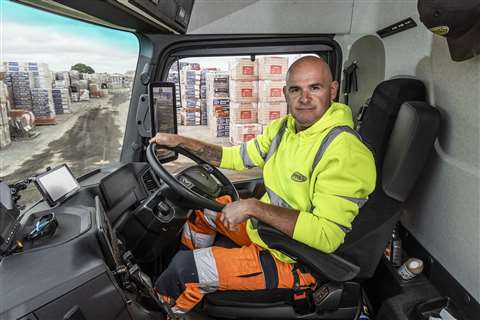 “The new dashboard is very easy to use, while MirrorCam is a terrific piece of kit,” he enthused. “Rear visibility is better and because there’s no mirror housing you don’t have to contend with the usual front-facing blind spot either.” 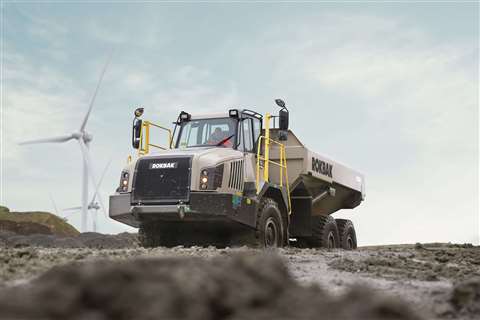 Construction starts on Milan’s renewable offices
New CityWave building will put ‘quality of life’ first and aims to have a “positive impact” on the environment
Loading...
More News from Construction Europe