Aviva Invests and Allianz Real Estate has appointed UK-based construction company Mace as principal contractor on its 101 Moorgate project in the City of London. 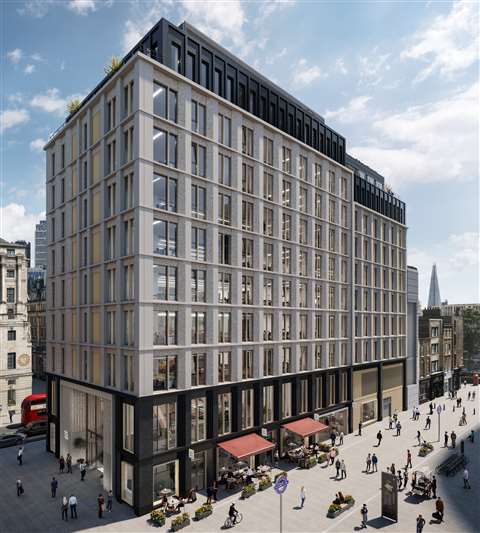 An impression of the proposed tower at 101 Moorgate. Photo courtesy Mace

Mace says no diesel equipment will be used during the construction of the new building, while its operation will be fossil-fuel free.

The project is expected to be undertaken using only fully electric construction equipment.

As for the building, air-source heat pumps will be installed throughout, as well as photovoltaic panels capable of delivering around 6% of the power required by the tower.

Modern methods of construction will also be utilised, to reduce the project’s carbon emissions, such as precast concrete panels with double-glazed aluminium punched windows, which will be manufactured and assembled offsite.

As well as its commitment to adhere to sustainable construction methods, Mace will face logistical complications due to the 10-storey tower’s location in the heart of the City and directly above Moorgate station’s Hammersmith & City underground rail line. 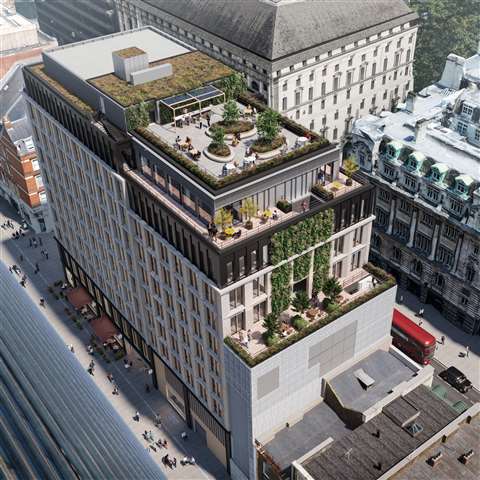 Designed by John Robertson Architects, the 101Moorgate project has been developed in consultation with the engineering team at Crossrail – which is currently constructing the Elizabeth rapid transport line in Greater London. When completed, the new building will form part of Crossrail’s new Liverpool Street station’s Moorgate entrance.

Mace will begin construction of the tower in October, with fit-out expected to be completed in September 2024.

The project is targeting a an ‘Outstanding’ rating from BREAM – a leading science-based certification system for sustainable construction. 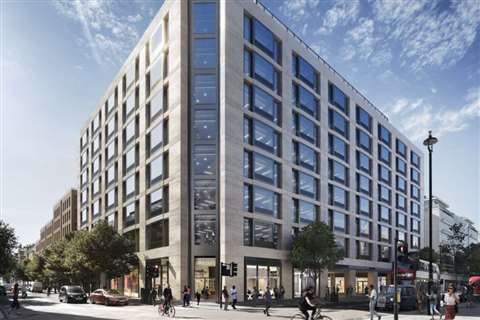