French rental company Kiloutou has reported strong growth across all geographies in the third quarter of 2022, with growth outside France a highlight following the company’s recent acquisitions.

It confirmed that key achievements for Q3 and the period immediately following it include growth across all geographies, supported by acquisitions, the latest being Grupo Vendap in Portugal earlier this month.

The quarter also saw the fruits of the integration of Danish rental company GSV, acquired in March. Meanwhile, the acquisition of GSV, along with Danish firm Holbaek Lift - itself acquired by GSV in August 2022, had also boosted Kiloutou’s diversification, the statement said.

“We have continued to grow during the third quarter of 2022 and succeeded in maintaining a good margin rate thanks, in part, to price increases,” said Olivier Colleau, CEO of Kiloutou Group. “Group revenue increased by 29.4% compared to the same period last year and our EBITDA reached €109.3m at 41.1% of revenue.

“We are very happy with the integration of GSV that has achieved great performance since its acquisition with a 40% revenue growth since April compared to the same period last year and its acquisition of Holbaek Lift, at the end of August, to strengthen its network in Denmark.

“We continue to experience good demand across our geographies and are monitoring our activities to react to market evolutions.

“I am very proud to announce that, in November, we closed the acquisition of Grupo Vendap, the leading equipment rental company in Portugal and we succeeded in securing additional financing for a total amount of €84 million amongst our relationship banks and in the form of 8-year unsecured Stimulus Bonds.”

As of September 30, 2022, Kiloutou was operating 565 branches in six countries in Europe. Following completion of the Grupo Vendap acquisition on 2 November, it will strenghten its international network by 17 additional branches in Portugal. 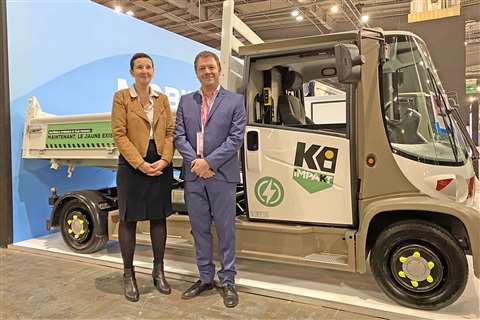 Speedy delivery fleet switches to HVO
Move to HVO will save 5,000 tonnes of CO2e over the next 12 months
More News from Construction Europe