HS2 gets go-ahead from UK government 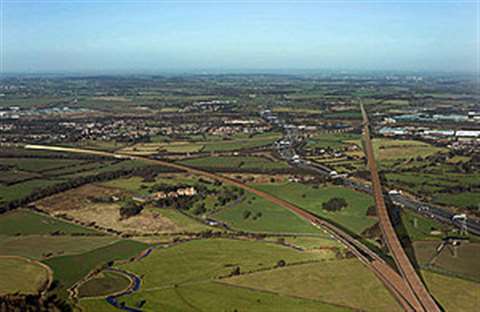 Phase One of HS2 will stretch from London to Birmingham

The UK’s Department for Transport has given the controversial high-speed rail service (HS2) formal notice to proceed (NTP).

The NTP signals a shift from design and early site preparation work, to more detailed design and construction work.

The announcement is a green light to proceed with Phase One of the project – between London and Birmingham – which comprises four main civil engineering works packages, which will be split between four contracting teams. Each team is a joint venture partnership, originally awarded a contract in July 2017. They are:

The government also published a document describing the reasons for moving forward with the project, which has made headlines for spiralling costs and significant delays.

In its Full business case High Speed 2 Phase One, the government makes its strategic and economic case for HS2, insisting it still has the capacity to deliver a positive return on investment.

With the NTP in place, the main contractors can tender for their respective subcontract requirements.

The Balfour Beatty/Vinci joint venture (BBV), which secured a contract worth around €5.7 billion, will undertake extensive earthworks, ground engineering, viaducts and tunnels along a 90km stretch of the line. However, although preparatory works are due to start soon, BBV has said it is unlikely to undertake significant construction work until the second quarter of 2021.

It also insisted that, as workers return to the project, they will do so confident that all sites are fully compliant with UK government guidance on social distancing.

HS2 chief executive Mark Thurston said, “In these difficult times, today’s announcement represents both an immediate boost to the construction industry - and the many millions of UK jobs that the industry supports - and an important investment in Britain’s future: levelling up the country, improving our transport network and changing the way we travel to help bring down carbon emissions and improve air quality for the next generation.

Thurston added, “HS2 has been over 10 years in development and design. While the country’s focus is rightly on defeating Covid-19, the issuing of notice to proceed today ensures that our contractors and their supply chains have the confidence that they can commit to building HS2, generating thousands of skilled jobs across the country as we recover from the pandemic.”

Andrew Stephenson, the government minister responsible for HS2, said, “While the government’s top priority is rightly to combat the spread of coronavirus, protect the NHS and save lives, we cannot delay work on our long-term plan to level up the country.

“HS2 will be the spine of the country’s transport network, boosting capacity and connectivity while also rebalancing opportunity fairly across our towns and cities.

“Following the decision earlier this year to proceed with the project, this next step provides thousands of construction workers and businesses across the country with certainty at a time when they need it, and means that work can truly begin on delivering this transformational project.”