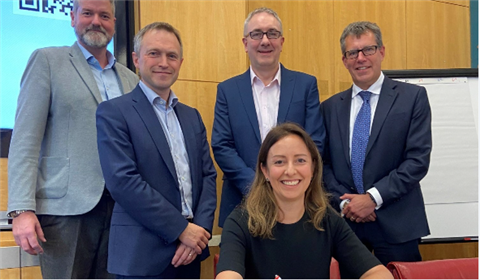 Costain, Keltbray, Kier and Balfour Beatty - in partnership with Atkins, have been chosen to deliver critical upgrade works to the route, following the Planning Inspectorate accepting the projects Development Consent Order application.

Lee Hillyard, National Highways’ A66 Northern Trans-Pennine Project Director, said, “We have worked with all four contractors previously and know the quality of their work.

“The signing of the contracts is a huge step in the delivery of such a big scheme and it is an important milestone for the A66 Northern Trans-Pennine project.”

While still subject to approval from the UK government’s Secretary of State, due in 2023, the project comprises the merger - or “dualling” - of the remaining 18-mile single carriageway sections and key junctions between Junction 40 at Penrith on the M6 motorway with the A1 route at Scotch Corner.

“The route carries high levels of freight, with 25% of the traffic being heavy goods vehicles (HGVs) compared to the national average figure of 12%,” said Kier.

“The A66 is also an important route for tourism, providing access to the North Pennines Area of Outstanding Natural Beauty (AONB), the Yorkshire Dales and the Lake District National Park.”

The A66 project, which falls under National Highway’s Delivery Integration Partnership Framework, is also part of the UK Government’s National Infrastructure Strategy, known as ‘Project Speed’.

Project Speed aims “to speed up work on major infrastructure projects and stimulate the economy following the Covid-19 pandemic”.

Works to the A66 - which if given the go-ahead by the government are expected to start in 2024 - will reduce delays and “reconnect communities and link villages along the route,” said Balfour Beatty.

Construction contractors Balfour Beatty, Costain, Keltbray and Kier will now work with National Highways to develop a detailed design for the A66 project, which further aims to improve access to healthcare services, jobs and education” for people in the surrounding areas.

“This vital piece of infrastructure for the North will not only improve national connectivity, but will provide faster and more reliable journeys for road users across the UK.”