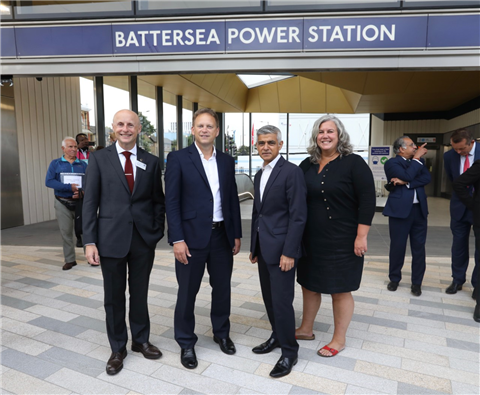 Work on the new Northern Line Extension (NLE) to the London Underground tube network has officially been completed.

Construction of the underground railway line extension, which began in 2015, was carried out by Laing O’Rourke as part of a joint venture with Ferrovial Construction.

Said to be the first major expansion of the London Underground, the NLE is the main infrastructure upgrade of the Nine Elms South Bank re-development project.

The project included the building of two new tube stations at Kennington and Battersea Power Station, connected by a 3km twin-tunnel railway line.

Declan McGeeney, Director of UK Infrastructure at Laing O’Rourke, said, “This has been a remarkable effort by the team, working collaboratively with our JV partner, Ferrovial Construction, London Underground and all of FLO’s supply chain partners.

“Together they have overcome the challenges of Covid to ensure the NLE opens as planned. Our team used their experience of delivering rail infrastructure internationally to overcome complex engineering challenges, and deliver two new stations and a railway that will be a catalyst for the regeneration of the whole Nine Elms area.”

Construction of the Northern Line Extension

The Laing O’Rourke and Ferrovial (FLO) team began the excavation and construction of the new tube tunnel in March 2017.

It required the use of two 304-tonne tunnel boring machines, which installed more than 20,000 precast concrete tunnel lining segments. 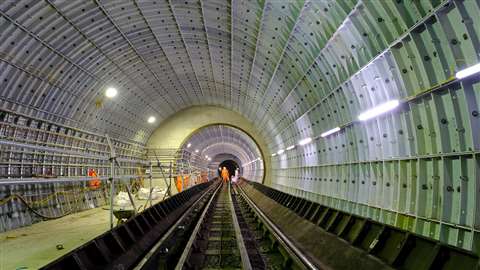 According to the company, a total of 850,000 tonnes of excavated spoil were transported away by barge on the river from Battersea.

The spoil was deposited near Tilbury where it was repurposed to create arable land. Using the river kept 47,000 lorry movements off the roads and avoided 2,600 tonnes of CO2 emissions.

To connect the extension into the existing railway, the team expanded the underground space available where the tracks merge. This was achieved with the construction of two step plate junctions, encircling the old rail tunnel in a wider one.

New junction trackwork was installed during the 2017-18 Christmas/New Year holiday season. The FLO team then self-delivered the remaining track infrastructure through to Battersea. Some 6.4km of low vibration track (LVT) was installed between June 2018 and August 2019. 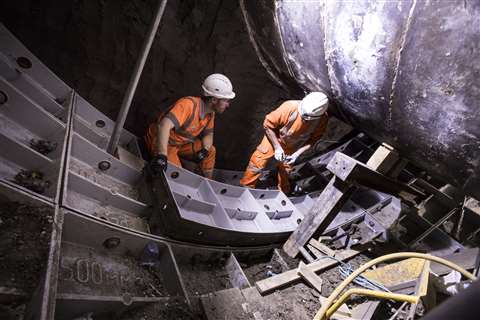 Rail was delivered into the tunnels in 90-metre lengths, minimising on-site welding and rail joints. London Underground engineering trains then delivered the rails via the available network.

The mechanical and electrical works included the sub-systems of high voltage and low voltage electrical services. It also included tunnel and mechanical ventilation, the building management system, as well as fire prevention and detection.

Furthermore, work was carried out on the communications systems, lifts and escalators, pumps and drainage and the integration of the sub systems, along with other TfL sub systems including signalling and ticketing facilities.

Now open to the public, Sadiq Khan, Mayor of London, said, “After years of hard work, I’m delighted that we’re able to open the Northern Line Extension today and it was great to have the chance to travel on one of the first trains between Nine Elms and Battersea Power Station. 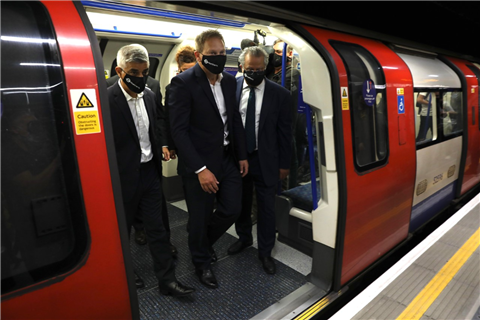 “This extension will hugely improve the links between these vibrant, growing south London neighbourhoods and the rest of the capital, and will also help to support thousands of new jobs and homes as we move forward with London’s recovery from the pandemic.

“The new stations are beautiful and I encourage Londoners and visitors to start using the Northern Line Extension to get around and help them enjoy everything the capital has to offer.”