Despite the pandemic, supply chain issues, and other challenges, construction equipment sales are booming. Doosan Bobcat has performed strongly and have ambitious plans for the future, as Scott Park, President and CEO, tells Andy Brown

When a man as experienced as Scott Park, President and CEO of Doosan Bobcat, who has been in the construction industry for decades, says that he has never experienced a set of circumstances close to what we have now, it confirms that we really are in unprecedented waters. 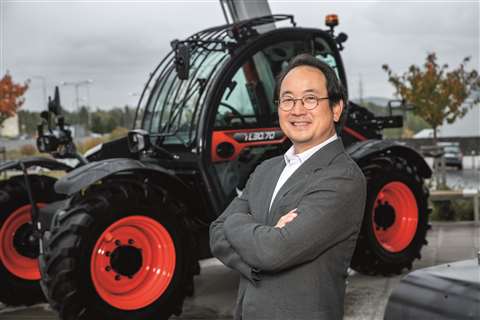 The Covid-19 pandemic has been accompanied by a global materials shortage, supply chain issues, a lack of skilled labour and, let’s not forget, one of the strongest years for equipment sales that the construction industry has ever seen.

“I’m more than 30 years into my career and I’ve never seen a year like this before. We have a lot of people that are working extremely hard to make sure that we have manufacturing taking place,” says Park.

The President and CEO was speaking via a video call from the Czech Republic where he was taking a look at one of the company’s production factories and taking the chance to have some meetings in person.

Doosan Bobcat production schedule
Park says that just meeting the normal production schedule takes lots of teamwork and flexibility. “There’s a lot of very tired people in the organisation, but I always tell them, ‘look at the bright side: would you rather have the other situation where we’re trying to figure out where we’re going to get the next order?’”

It is certainly true that there is no shortage of orders coming in. Park says that, for the last few years, sales have been a touch under US$4 billion – this year they are projecting US$4.5 billion. While this is good growth, Park characterises it as a “good news and bad news story.” He comments that, “The good news is that we’re selling more product than we’ve ever sold before. The bad news is that if we could make more product, we would sell even more.

“That’s coming from the disturbances in the supply chain. We’re up somewhere in the neighbourhood of 20 to 30% year on year so far. It’s been an extremely strong year. Our top line projection for this year is going to be significantly higher than the highest year we’ve ever had in history.”

During our conversation Park comes across as engaging, open and thoughtful, providing genuine answers to questions. He gives another nuanced answer about the problems that the issues in the supply chain bring to all global companies, even joking that if we were to really get into the finer details then we’d be talking about these issues for hours.

Worldwide computer chip shortage
He says that the worldwide computer chip shortage, which has been well publicised, has impacted Doosan Bobcat – while they have much fewer chips in their equipment than, say, the automotive industry, there are still around 140 chips per machine. This has led to issues, but one of the big problems is when they don’t know what components will be missing.

“You can imagine that if we find out a day or two days earlier that a component is not going to come, then we have to reschedule our line. Really, the key point is that we really don’t know where the product or component shortage is going to come from. One day it might be an engine. Next day it might be rubber tubing. The day after it might be a display or some telematics device. It’s really all the way across the board and it’s for different varying reasons.”

Even when factories have the raw materials available, they sometimes can’t produce what is needed due to a shortage of skilled labour. And, speaking about raw materials, the costs of some of these have been skyrocketing.

“We track quite a few commodities, but the one that’s most closely related to our product is steel, and prices have gone up multiple times, around three or four times in a given year. That’s been quite a challenge.”

Doosan Bobcat product categories
There’s no doubt that the last year – well, the last 18 months really – have been, and continue to be, difficult for all types of businesses. While the circumstances were very different, Park is no stranger to having a lot of balls in the air, so to speak; several years ago he formulated a strategy that saw Doosan Bobcat launch more product categories in a few years than the company had in its history. 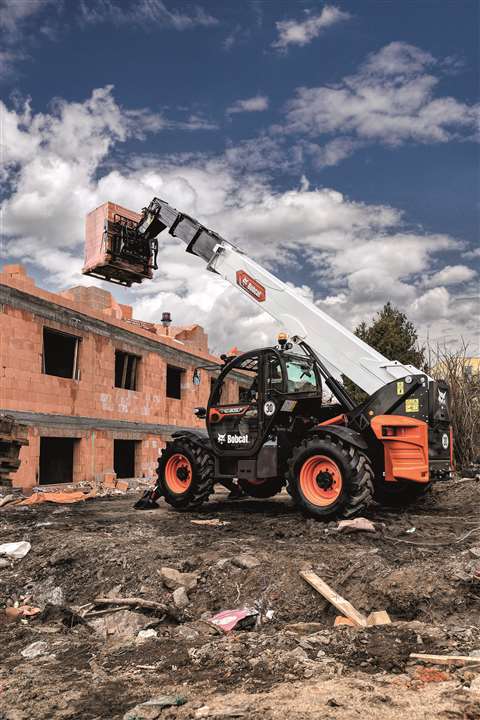 “In 2018 through 2020, we really accelerated the strategy around playing a bit more offense than defence. Through that three-year period we introduced more products, product categories and product concepts than we did in the whole 60 year existence of the company, if you can imagine that,” comments Park.

“It blows people’s minds considering how long Bobcat has been around and how many products that it has. But, if you look at our portfolio today, it’s not double, it’s not triple, it’s even more than that.

“We were focused on mini excavators, compact track loaders and skid steer loaders, those three main categories. Now we’ve got more than ten. It’s a huge introduction of new products while at the same time upgrading and updating our current equipment.”

As well as this bold change in the company’s approach to its product line-up a new strategy regarding construction technology was also unveiled.

Seeking to help address this the company launched their new strategy, FACE, which stands for: Future, Automation, Connectivity and Electric. Future is a focus on how retail will change and evolve, such as increased digital offerings. Automation needs no explanation; it is a rapidly expanding area for the whole industry.

“Obviously, because of the fact that our products have so many different attachments in applications that we use them in, you’re not going to see, in the near future, a fully automated loader, right? I mean, it’s very difficult to have 400 attachments and have it all automated,” says Park.

“However, you will see semi autonomous or even specific function capable autonomous features coming onto our products quite soon. We already have prototypes on different kinds of functions and capabilities, which now a user can use within the product itself.”

The E stands for electric, or more accurately, electric and alternative power, now that hydrogen seems to be emerging as a genuine option for the industry. Electric is the main focus though, and the company will be showing an electric compact track loader at the CES show in Las Vegas, US – the loader will be electric powered and all the hydraulic components will be replaced.

Park says that, regarding electric power, “The technology is here. The capabilities are here and we continue to expand our portfolio.” When asked what the biggest barrier to the more widespread adoption of electric equipment from its current (relatively) low level, he has a succinct answer: cost. 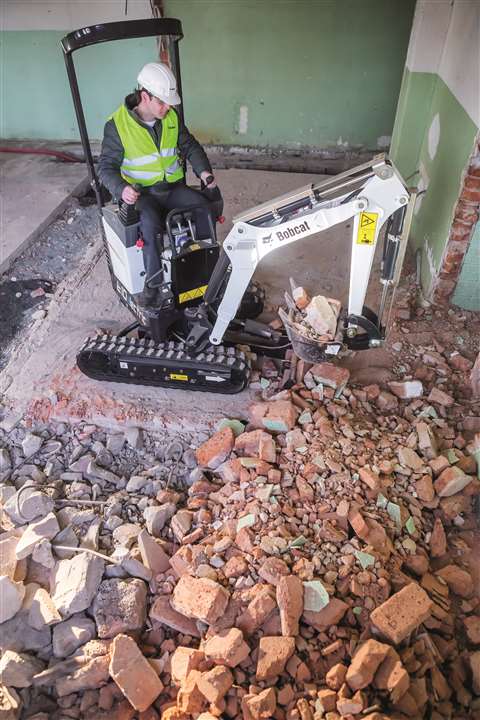 “Clearly, we do see customers that are requesting it, but there is a price differential that you need to pay for… So it it’s really about when can that price level be at the same level as the IC [internal combustion] products.

“If you look at the automotive industry, or at some other industries, true acceleration really comes from regulation, whether it’s regulation on the requirement for non-emissions engines or a regulation which means a subsidy into that product category that really brings that picture together.”

Doosan’s future targets
With original equipment manufacturers reporting that their order books are already filling up fast for next year, it looks like the major headache for the OEMs will be finding the parts and labour to fulfil the orders, rather than chasing sales.

Park certainly sounds bullish about the future, saying, “This is just the beginning. You’re going to see continued growth in this organisation; this year is going to be the biggest year ever when it comes to product sales.

“If you look at our history we have really stayed within that US$2 to US$3 billion range. But this year we will be in the mid fours and next year, with the inclusion of the forklift company that we purchased, we will actually be in excess of US$6 billion.”

This strong demand for sales is occurring at the same time that the industry is experiencing more change than it has in a long time: new technology such as automation and remote control, new power options like electric and hydrogen and increasing pressure to reduce carbon emissions and become more sustainable are all pressure points.