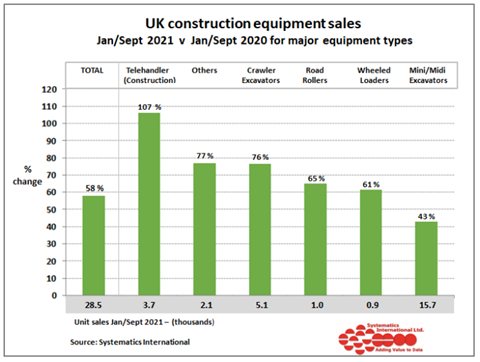 Official figures published by the Construction Equipment Association (CEA) have revealed that sales of construction equipment in the UK and Northern Ireland remained strong in the month of September, 2021.

Retail sales of construction and earthmoving equipment were 28% above the levels seen during the same month last year, which means sales for Q3 turned out at 32% above 2020 levels.

According to the CEA, this maintains a similar pattern to earlier months, with construction industry telehandlers seeing the strongest growth - with sales at more than double their 2020 levels.

According to the figures, the rate of increase for smaller excavators eased back to 43% this year, after being the strongest growing product type last year.

The construction equipment statistics also revealed how sales performed on a regional basis in the UK and Northern Ireland. 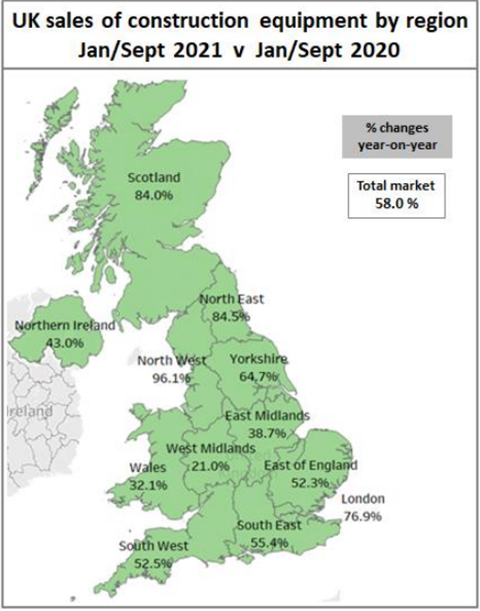 Sales were shown to be strongest in the North West and North East of England, and in Scotland, where they were over 80% up on last year’s levels.

In contrast, weaker sales were seen in both the West Midlands and in Wales, which only saw respective increases of 21% and 32%.

According to the CEA, this trend was also refected in its statistics for the Republic of Ireland.

Sales in the region for September 2021 were 10% below the levels seen last year.

This represents the first time that sales have failed to at least match 2020 levels.

However, due to higher sales in earlier months, year-to-date sales in the first three quarters of this year are still 33% above 2020 levels.

*The construction equipment statistics exchange is run by Systematics International Ltd. This scheme is run in partnership with the Construction Equipment Association (CEA), the UK trade association. 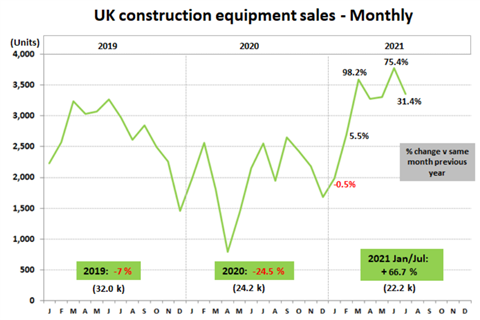 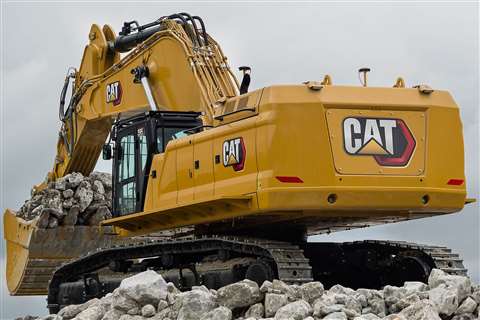 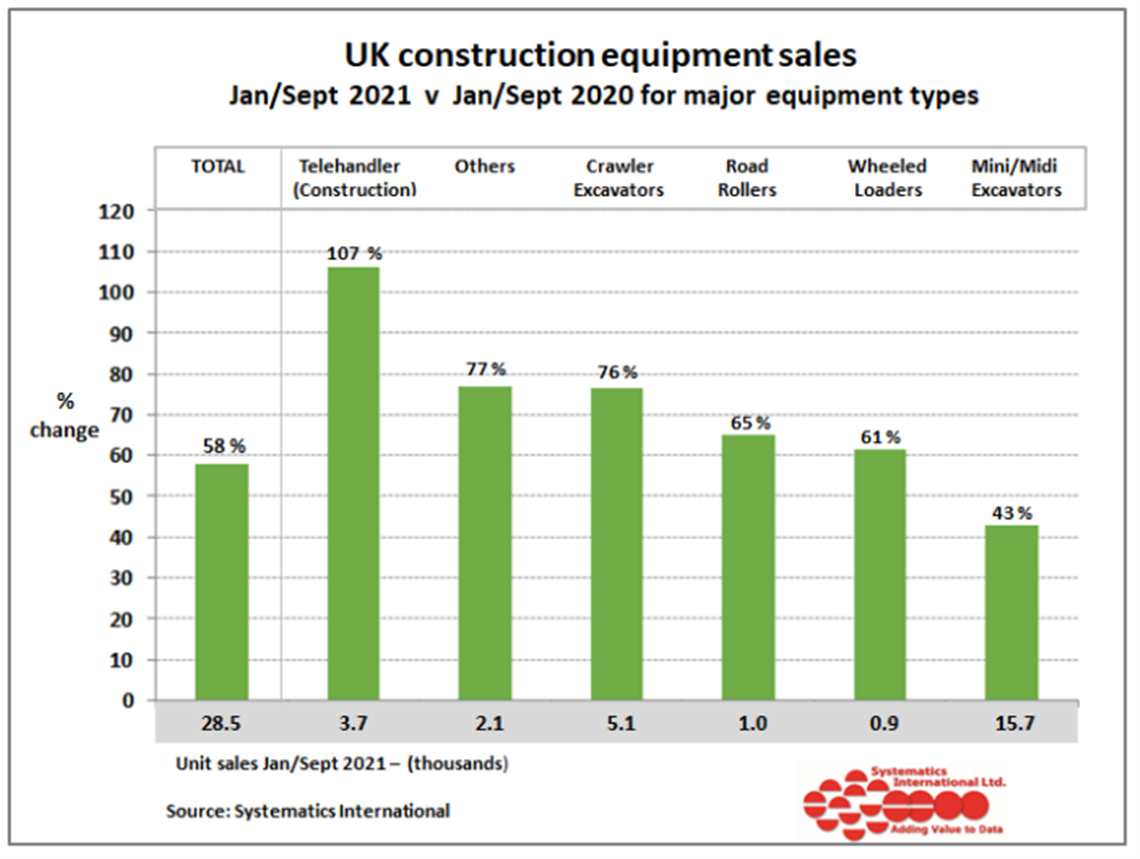 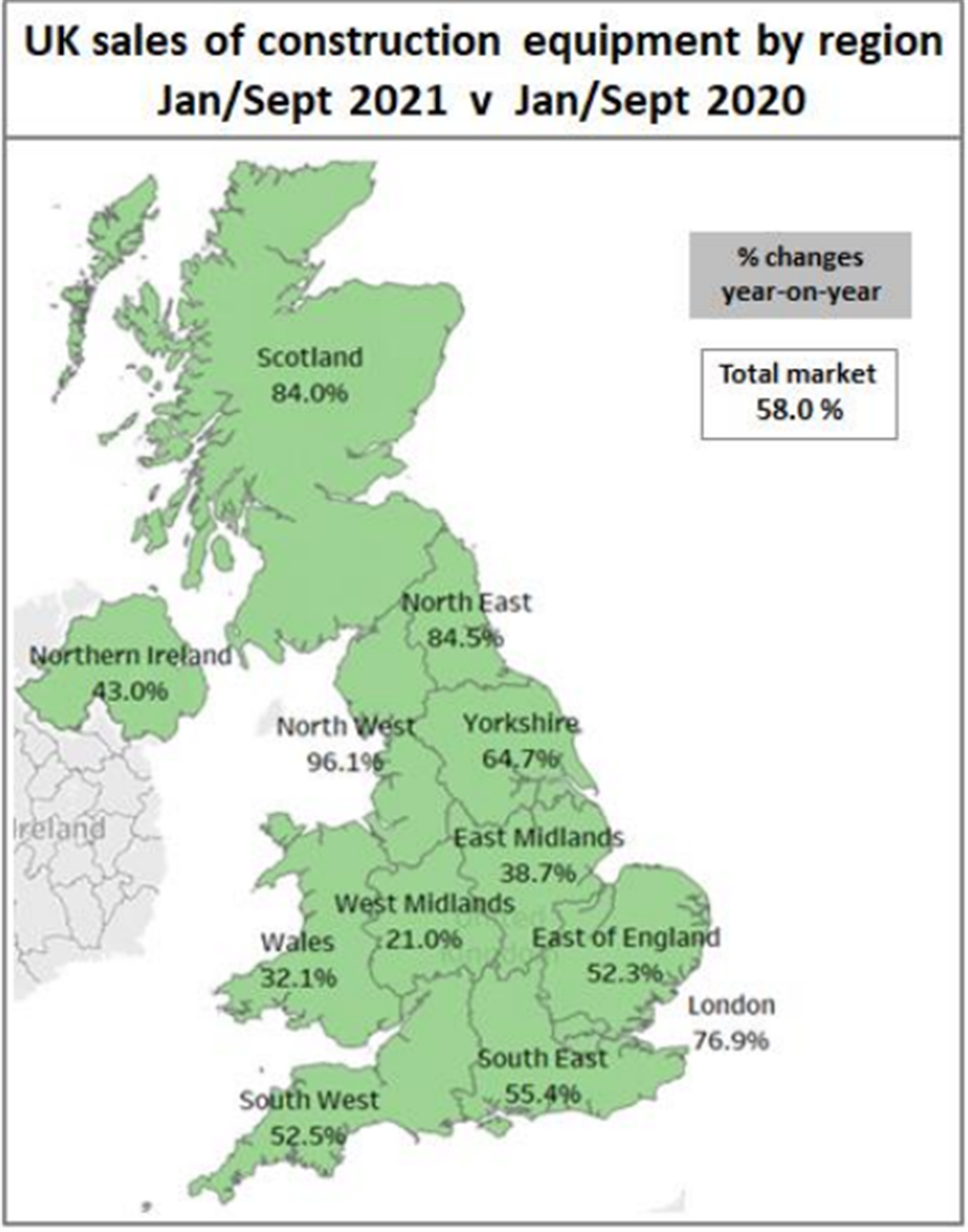