The investment for Clyde is already included in SEE’s existing UK£ 2,5 billion (€ 3,15 billion) renewable energy plans and now that the company has been given the green light, construction works on the 152 turbine farm are expected to begin later this year. Commissioning of the first phase is expected in 2010, followed by phase two in 2011.

It is estimated that around half of the total investment - around UK£ 300m (€ 378million) - will be placed with Scottish companies and over 200 full time jobs will be created during the three-year construction period. Discussions have been held with South Lanarkshire Council and Scottish Enterprise Lanarkshire to maximise local supplier involvement in the construction and ongoing maintenance of the wind farm.

Including hydro schemes and offshore wind farm developments, SSE now has around 3500 MW of renewable energy capacity in operation, under construction or with consent for development. In addition to Clyde, SSE has submitted plans to develop wind farms in the UK and Ireland with a overall capacity totaling 600 MW.

Ian Marchant, Chief Executive of SSE, said of the project, "I am very pleased that the Clyde wind farm has received consent. It is another example of the value of the Airtricity portfolio of renewable energy projects which we acquired earlier this year and provides us with another major investment opportunity.

Projects like Clyde are essential if Scotland and the UK are to have any hope of meeting legally-binding EU targets for renewable energy. Scottish Ministers aim to make Scotland the green energy capital of Europe, and giving the Clyde wind farm the go ahead is evidence of a willingness to take decisions which are consistent with that ambition.” 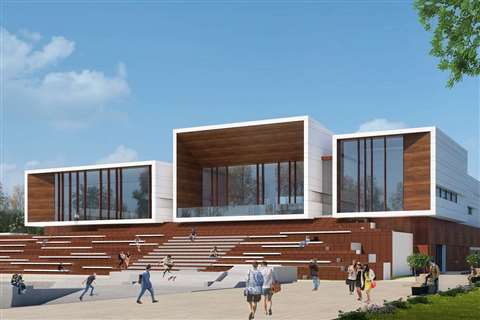 World’s first Net Zero Carbon building
Building in Dubai, UAE, will be able to export surplus of energy to surrounding buildings and facilities

How politics and investment are driving Germany’s covid recovery
With an ageing transport infrastructure one of the many and varied challenges facing Germany as it emerges from the coronavirus crisis, CE takes a closer look at Europe’s largest construction market
More News from Construction Europe