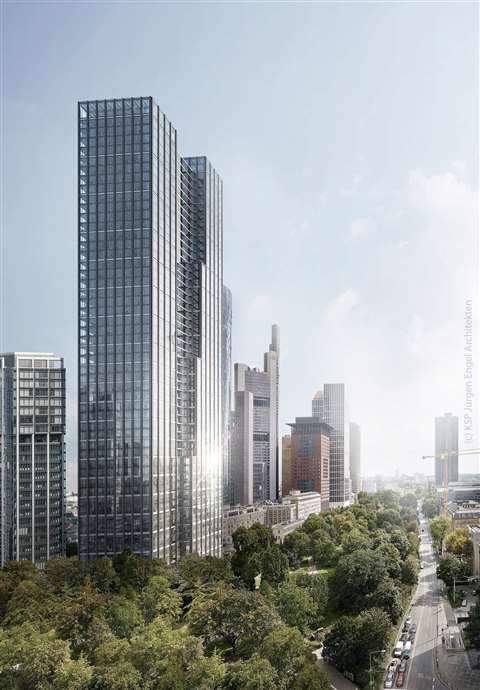 The building, to be called Central Business Tower, is being developed by commercial banking organization Landesbank Hessen-Thüringen (Helaba).

Designed by Frankfurt-based architect KSP Engel, the tower will comprise 52 floors above and five below ground. A base building of five storeys will include a historic façade, with construction of the façade to be carried out by a team from Dobler Metallbau.

Züblin will utilise its ‘teamconcept’ strategy on the project, in which open tools are used to give project stakeholders access to a joint project-specific information platform, including data, plans and documentation. It also features what the company calls “the transparent representation of the construction costs during all phases of the project”.

Strabag CEO, Thomas Birtel, said, “The joint project realisation with our client and our consortium partner under the teamconcept partnering model offers the best conditions for the on-time and on-budget implementation of this demanding construction project.”

Helaba’s Christian Schmid said, “I’m very delighted, both personally and for Helaba, that we have found a strong partner to work with on this outstanding high-rise project. Ed Züblin AG is the right choice to realise the open design and sustainable concept of the ‘central business tower’, which will set new standards in the field of high-rise development.”