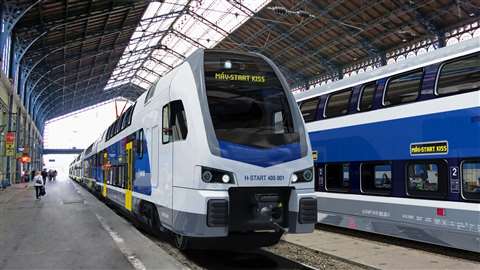 Construction work is now underway on the delayed high-speed rail link between Belgrade in Serbia and Budapest in Hungary.

Originally set for completion by 2018, the new estimate for the line to be fully commissioned is three years, with the first section – between Belgrade and Novi Sad – set to open by March next year.

Russian and Chinese companies will undertake the construction work and Hungary’s Foreign Minister Peter Sijjarto, who attended the launch ceremony, thanked the Chinese for their assistance.

He said, “We, the Hungarians and the Serbs make decisions, having in mind our national interests and we have decided that we wish to benefit from the new world order which is emerging in the East. Both countries cooperate with China on pragmatic foundations and in mutual interest and both can benefit a lot from that.”

“In exactly three years,” he said, “which is before the end of 2024, we will have a high speed rail line to Hungary, while the Hungarians will complete their section from Serbia to Budapest in the first half of 2025.” He added that the project would result in higher living standards and higher wages.

Serbia’s President Aleksandar Vučić thanked Hungary for its support for this and other projects, saying, “…had it not been for [Prime Minister Viktor] Orban and Sijjarto, we would not have such good relations.”

The 108km-long stretch of line will run between Novi Sad-Kelebija and carries a construction price tag of around €4 billion, shared equally between Serbia and Hungary.

Swiss company Stadler has already delivered the first double-decker train to Serbia, set to run at speeds of up to 200km/h on the line. A further two trains are expected to arrive by the end of the year.