What are the benefits of modular construction?

The changing nature of the construction industry has driven many to look at the benefits of modular construction. CE looks at how the efficiency of off-site construction and the interchangeability of prefabricated builds could benefit today’s European contractors. 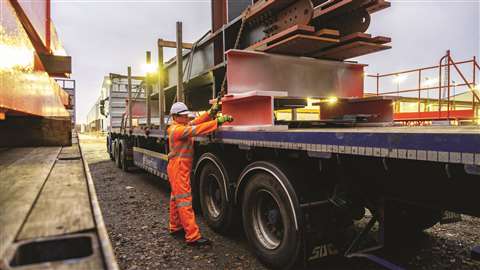 The use of new modular designs can reduce the movements of construction HGVs by 40%. (Photo: AdobeStock)

Construction is one of the world’s largest sectors but is often regarded as the one most reluctant to step away from traditional methods.

Albeit not a new concept, modular construction has seen technological developments and increased economic demand over recent years – all of which have led to a change of mindset for many.

A report by McKinsey and Company highlighted that while modular construction has been a cost-effective option at a number of points throughout history, it has perhaps been under-utilised.

In recent years, however, modular construction has seen renewed attention and investment, and several factors suggest it may be here to stay.

Modular construction has been radically transformed by the maturing of digital tools, allowing the simpler design of modules and improved delivery logistics.

Additionally, the growth of materials choices has led to a change in the perception of prefabricated housing among consumers.

David Hartley, managing director at MTX Contracts, a modular construction company based in the UK, also believes this type of construction could be a solution to the skills crisis. 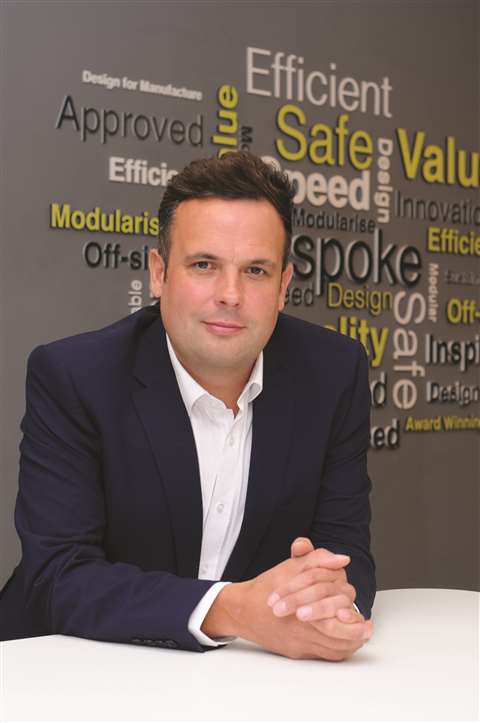 He suggests that modular construction creates an opportunity for people to get involved in the construction industry largely because they know they do not have to travel across the country to their workplace – this is a huge trend supporting the sector, he adds.

Hartley comments, “I think what we are finding, particularly post-pandemic, is that people are less willing to travel away from home, and we are seeing a trend to work within your local geographic area instead of travelling all over the country.”

As global warming continues to be an increasingly important topic, companies are setting sustainability targets to make sure that they are becoming a part of the change.

For the modular construction industry, it all bodes down to efficiency.

The advantages of off-site construction include the ability to work on multiple phases at the same time says Oakes.

He also adds that a factory can build the superstructure while an on-site substructure and infrastructure are being built thus enhancing workflows and increasing project productivity levels.

Maintaining control over workflows, processes, and waste disposal management means that a project can be fulfilled on target and could mean that they can better adhere to sustainability initiatives that are often pushed aside when projects are delayed.

Oakes adds that the benefits of working off-site are also environmental and better assist us in our fight against global warming.

It can be argued that in factories, waste management is simpler than on construction sites. Oakes says that by controlling the process, less contamination occurs, recycling is increased, and overall waste is reduced.

Pollution and energy consumption also contributes to climate change and as a result of modular designs, construction HGV movements are reduced by 40%.

“Modular buildings are also able to be reused and recycled, rather than demolished, which significantly reduces the amount of energy and carbon that a building is responsible for creating.”

Allison believes that in order to achieve the targets set by governmental organisations, it needs to be a united effort to reduce our carbon impact across the industry.

According to research by academics from the University of Cambridge and Edinburgh Napier University in the UK, factory-built homes can produce up to 45% less carbon than traditional methods of residential construction. 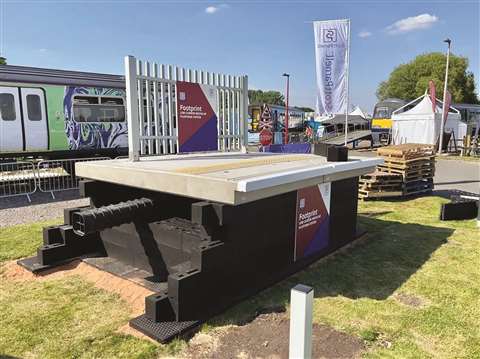 The study was conducted on two schemes in London, Ten Degrees Towers in Croydon and the Valentine, a 10-storey student accommodation block in Redbridge – both buildings were built by Tide Construction and Vision Modular Systems in 2020.

The report found that both buildings achieved embodied carbon savings of 41% and 45% when compared to traditional methods of construction.

Modular construction lends itself well to residential projects and the demand for sustainable modular homes is growing rapidly in Finland.

Modular steel frame company, Aulis Lundell Oy, has also discovered that it is gaining pace across the globe.

“We have a very strong research department, and we develop new ways to build all the time, which led to the idea that light-weight steel profiles could be used to build modules. Now we offer to export steel profiles, steel elements, wall elements, and whole modular units”, says the company’s export manager Ivan Kalishevich.

Kalishevich says that the company are looking specifically at sustainable construction and how modular homes built using steel can be beneficial due to the fact that they are fully recyclable.

Elsewhere in Europe, Netherlands-based engineering company Arcadis has partnered with Footprint Civil Solutions and Rosehill Rail on the design of a low-carbon modular platform system.

The Footprint Modular Platform is said to be a ‘sustainable alternative’ to reduce carbon emissions when compared to traditional materials.

Through this new approach, Arcadis says that a saving of more than 25,000kg of carbon dioxide emissions can be achieved for a typical 36m platform extension, when compared with the emissions of traditional construction methods.

The Footprint Modular Platform’s walls are built from individual blocks made from 100% recycled rubber.

Modular construction has been radically transformed by the maturing of digital tools. (Photo: AdobeStock)

Commenting on the launch, principal engineer Ben King, says, “The platform system is also simple to construct, which will reduce the associated health and safety risks of on-site working on the rail network, providing benefits to all.”

Is modular construction the building method of the future?

It is becoming more apparent that the benefits of modular construction are piquing the interest of companies in the industry.

Innovation is driving those in the modular sector to partner with other like-minded companies to provide solutions for all budgets, projects, and problems.

Covid-19 highlighted that society needed the ability to interchange as and when it was necessary – schools and leisure facilities needed to become hospitals and then vice versa.

Whilst modular construction has often been thought of as a temporary solution, the housing, healthcare and education sectors think otherwise.

MTX Contracts specialises in modular construction for the healthcare sector and David Hartley believes that it lends itself well to this area due to the forever-changing landscape of their requirements.

“Hospital estates are very populated, terribly busy with patients,” says Hartley. “Not only can we reduce the speed at which the project is delivered, but we can reduce the transport movements and people movements on an already busy congested site.

Evidently, modular construction has the ability to adapt to changes and present alternatives to the traditional building methods everyone is fond of.

As Covid-19, the war in Ukraine, and supply chain challenges have shown – anything can happen and a move towards an interchangeable method of building the future could be the answer.