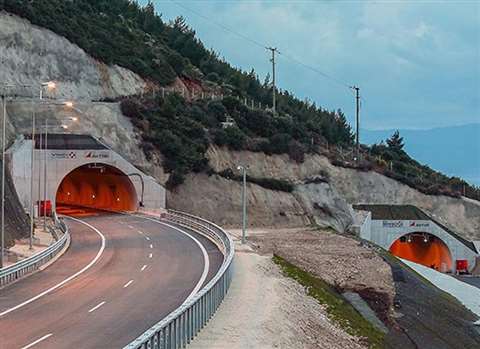 Vinci has a stake in new Greek motorway

Vinci Concessions subsidiary Vinci Highways has completed the financial arrangements for a public-private partnership (PPP) covering a 60km section of the A7 motorway between the Bockenem and Göttingen interchanges in Germany.

The work will include replacing nearly 30km of motorway.

This financial arrangement follows the decision by the federal government, represented by the Lower Saxony authorities, to award the contract for the A7 project to a consortium led by Vinci Concessions and also comprising Meridiam Infrastructure, in February this year.

Taking effect on 1 May, 2017, it is an A-Modell contract – a German contractual framework for financing renovation and widening of existing motorways and construction of new sections under concessions to the private sector. Under this form of contract, the concession company is paid fees based on infrastructure availability. This mechanism is said thereby to provide incentives for concession companies to optimise renovation, widening and maintenance works, and so minimise their impact on traffic.

The 30-year contract covers financing, design, programme management (upgrade and widening works), operation and maintenance of the A7. The works involve entirely replacing a 29.2km section with a new motorway of three lanes each way, while keeping the existing route open to traffic throughout this phase.

A consortium led by Eurovia, the Vinci subsidiary which specialises in transport infrastructure construction and urban development projects, and including two local companies, Stutz and Rhode, will take about three and a half years to complete the works.

The A7 is Vinci Highways’ fourth public-private partnership contract won in Germany, where the company now operates a 220km network.

Meanwhile, two sections of motorway with Vinci involvement have opened in Greece.

Greek Prime Minister Aléxis Tsípras has inaugurated a new section between Corinth and Patras, extending the east-west corridor from Athens to Corinth. This follows the commissioning of a new motorway between the Malian Gulf and Kleidi on the eastern coast, on 6 April.

These two new motorways were built under concession contracts and their concession companies, Olympia Odos and Aegean Motorway, will operate them until 2038. Vinci Concessions holds a 30% stake in the first and a 14% stake in the second company. The investment amounted to €2.8 billion in total.

The Corinth to Patras section is a new 120km dual carriageway, with two lanes each way, encompassing 12 new tunnels, 209 bridges, overpasses and underpasses, and 29 interchanges.

This section completes the Athens to Corinth section now under concession, and provides a fully integrated 240km network between the country’s capital and its west coast. The investment in this section amounted to about €1.5 billion.

The Maliakos to Kleidi section is a refurbished 240km stretch, including 30km of motorway extensions and it involved building three twin-tube tunnels spanning 11km in total. The investment in this section amounted to €1.3 billion.