A group of Vinci subsidiaries will triple the width of an existing bridge over the Loire river in France, to create a new multimodal crossing.

The €50 million bridge will feature its own square, garden and viewpoint.

Vinci-owned companies GTM Ouest, Dodin Campenon Bernard, Freysinnet, Botte Foundations and Eurovia will modify the 145m-long, 1970s Anne-de-Bretagne bridge in Nantes. They will extend its width from 18m to a maxiumum of 61m, allowing it to carry road traffic, tramlines, and cyclist and pedestrian routes.

The project follows a public debate in Nantes over the city’s relationship with the river.

Dietmar Feichtinger Architects has designed the project, after a competition between three firms. 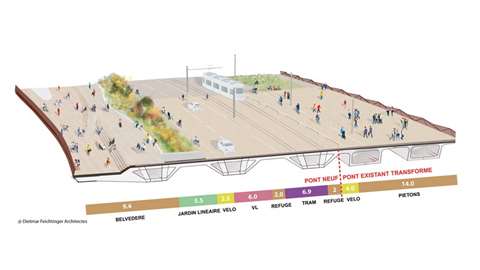 A cross-section of the planned remodelling of the Anne-de-Bretagne bridge Nantes, France, showing the existing structure to the right (Image: Dietmar Feichtinger Architectes)

The project involves retaining around 4,250 tonnes of concrete and 1,300 tonnes of steel already incorporated in the original bridge. That saves around 6,000 tonnes of CO2 compared with a full replacement.

The bridge will dedicate around 43% of its space to pedestrians, with 13% for cycles. It will also carry lines 6&7 of the local tram network in the future. It will feature 1,270m2 of green space, with a 7m-wide suspended garden.

Vinci’s subsidiaries will combine the old and new structures by lowering the deck of the existing bridge. 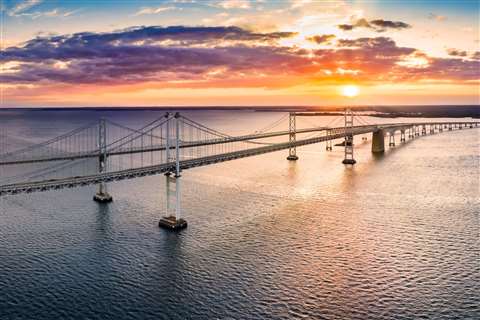 US$2.1 billion to improve bridges in the US
The Biden-Harris administration has announced that the money will be used to improve four nationally significant bridges 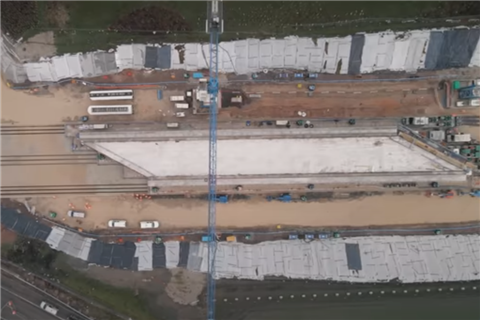 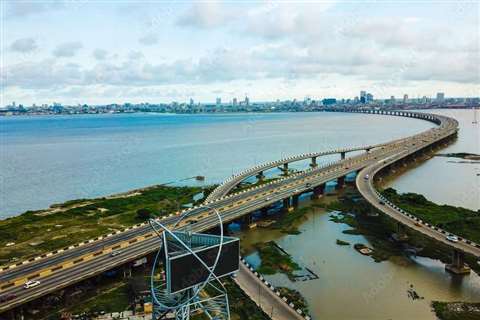 Bidders shortlisted for US$2.5 billion bridge
Preferred bidder for major project in Nigeria set to be announced this year