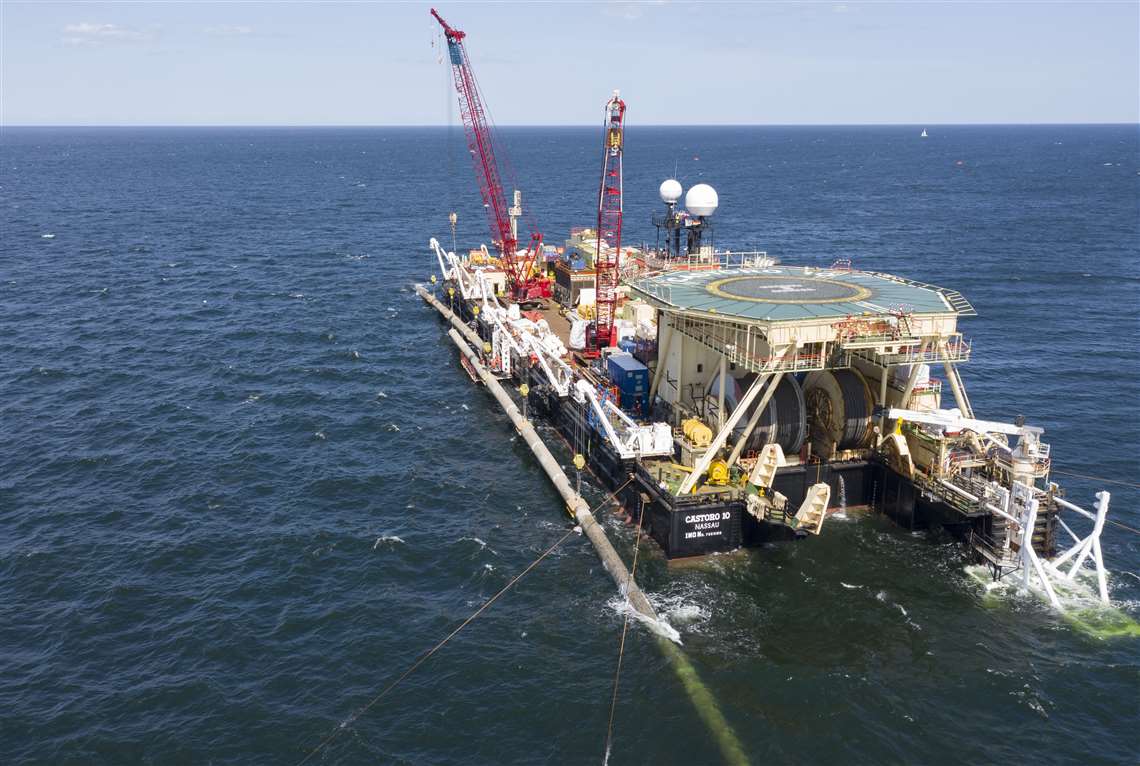 Two overlapping pipe ends of a pipe string have to be raised and cut on a pipelay ship before they can be welded together Source: Nord Stream 2 / Axel Schmidt

The US government has agreed to waive the sanctions it imposed on the company building the Nord Stream 2 gas pipeline.

The project will see natural gas transported from Russia to Germany, via the Baltic Sea.

When completed, the €9 billion pipeline – running parallel to the original Nord Stream pipeline – will double the volume of gas coming into Europe from the Baltics, to 110 billion m3 per year.

The US has long been sceptical of the project, claiming Russia’s motives for supplying gas to Europe are as much geopolitical as economic.

Yet, the additional gas supply is seen as essential in Germany, to fuel manufacturing and bolster the country’s economy.

A recent report from the US State Department concluded that the activities of the pipeline’s development company, Nord Stream 2 AG, merited sanctions, but added that US national interest would be better served by waiving them. The move comes as President Biden aims to rebuild US ties with Germany, following the strained relationship that developed under the administration of former US President, Donald Trump.

Following a summit meeting in Iceland with Russia’s foreign minister, Sergei Lavrov, US Secretary of State, Anthony Blinken said, “Today’s actions,” he added, “demonstrate the administration’s commitment to energy security in Europe, consistent with the President’s pledge to rebuild relationships with our allies and partners in Europe.”

He added that President Biden wanted “a predictable, stable relationship with Russia.

Germany’s foreign minister, Heiko Maas, told reporters in Iceland that the US decision to waive sanctions was “an expression of the fact that Germany is an important partner for the US, one that it can count on in the future.”