Gehl and Mustang have updated their V420 and V4200 skid steer loader models – claimed to be the world’s largest. 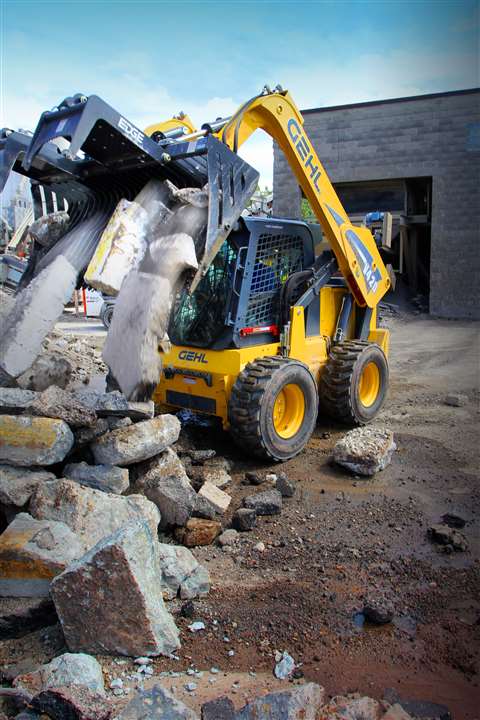 The companies – which form part of the Manitou Group – have increased the size of the model, from 1.45 tonnes to 1.9 tonnes of operating capacity. The model was originally launched at ConExpo in Las Vegas, US, last year.

Though the model has a different name – V420 or V4200 – depending on which brand it forms, its features remain the same. Under the Gehl brand, the model is known as the V420, while the Mustang brand names the model the V4200.

The skid steer loader comes standard with cab, heat and air-conditioning, as well as two-speed travel around the jobsite. The model also has an output of 89kW from a Tier IV certified Deutz engine, and is said to be a spacious and comfortable cab for the operator, with a suspension seat and pilot joystick controls.

Also available from February this year will be a radio with hands-free Bluetooth.