Construction Europe magazine has published its 2021 list of the biggest construction companies in Europe.

Based on 2020 revenue figures, the 2021 CE100 gives an insight into how the construction industry coped during the Coronavirus pandemic.

While last year’s CE100 revealed that companies in the region generated a total revenue figure of €480 billion, this year’s ranking shows the combined revenue of the top 100 companies came in at €438.5 billion - just 6.6% less than the previous year and an impressive result under the circumstances. 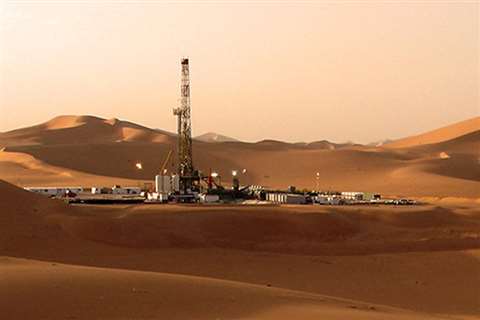 Saipem signed a Memorandum of Understanding (MoU) with Saudi Aramco, as it looks at the possibility of establishing a new player in the Saudi Arabian market.

Last year’s number 9, Saipem achieved a 2020 revenue figure of €7.3 billion and comes in tenth place on the 2021 ranking. The Italian engineering and construction company, which recently announced that is exploring the possibility of setting up a new entity in Saudi Arabia, performed slightly less well during the pandemic (like most).

Its revenues dropped from €8.3 billion in 2019, despite the company moving forward with a joint venture project to supply emissions-reducing power generation equipment and boil-off gas (BOG) compressors for the Mozambique LNG Project in the Cabo Delgado province on Africa’s East Coast.

Moving up the rankings by one place, Balfour Beatty’ s 2020 revenues of €8.9 billion are evidence that the company’s finances were among the most resilient to the Covid-19 pandemic.

With a strong performance in the infrastructure sector, thanks to projects such as the new Hinkley Point C nuclear power station in the UK, the company’s 2020 revenues were down just €0.2 billion on its 2019 figure - and its 2021 half-year results are also looking equally resilient.

In total the company, which during the pandemic provided services for a gas project in Russia’s Arctic region, saw a drop of around €0.8 billion.

Another non-mover, Austria-based Strabag’s 2020 revenue figure of €14.7 billion is enough to see the company retain seventh place on the 2021 CE100.

Despite dipping below its impressive €15.7 billion revenues in 2019, new projects won by the Austria-based construction company this year - such as the €111 million motorway in Romania and a tunnelling contract on the consortium-led 64km-long Brenner Base Tunnel in Austria - are likely to stand Strabag in good stead in 2021.

Skanska is currently build a new 14-storey tower, known as the Studio project, in Warsaw, Poland.

With revenues for last year totalling €14.8 billion, the Swedish contractor Skanska, which recently announced that it would lower its carbon emission by 70% by 2030, was no doubt buoyed in 2020 by winning €280m road contract in Norway, taking sixth place on the 2021 CE100.

The first of three French companies in the top 10, bridge-building specialist Eiffage reported revenues of €16.7 billion. While this is a drop of around €2 billion on the previous year, 2021 will see Eiffage play a major role in the restoration and extension of the Gent-Sint-Pieters railway station in Ghent, Belgium.

Retaining its number four position on the CE100 for another year, Germany’s largest contractor Hochtief reported 2020 revenues of €22.9 billion.  While a significant decrease on the firm’s 2019 figure of €25.9 billion, new projects like the expansion of the Port of Rotterdam in the Netherlands, indicate that its 2021 revenues may soon bounce back. 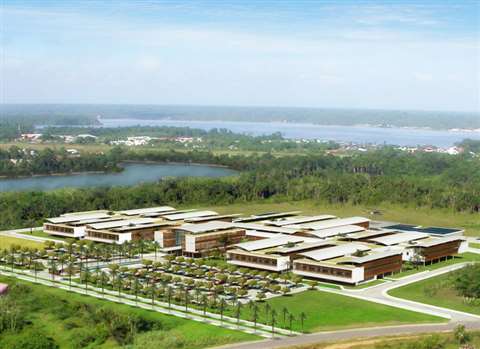 Bouygues Construction has won the contract to build the new Laurent-du-Maroni hospital complex in French Guiana.

Recently shortlisted by Highways England for a contract to build twin 4.2km tunnels under the River Thames near London, UK, the French giant has held onto third place with a revenue of just under €34.7 billion.

While Bouygues’ 2020 revenues were less than the €38 billion it reported in 2019, the sheer size of the firms that made it into the top 3 mean that they were invariably more likely to feel the Covid-19 impact.

Despite this however, last year saw the company secure a €181 million contract for the Grand Paris Express rail network and a contract for a new 8,000-seater sports stadium in Paris.

With revenues of €34.9 billion, Spanish firm ACS has retained its second place on the CE100 - barely €0.2 billion ahead of Bouygues.

Active across all aspects of construction, including railway, roads, maritime and airport works, ealier this year the firm announced that its net profits for the first half of 2021 had risen by 4.8% to €351 million, despite sales being brought down to €13.3 billion for the same period in 2020.

Once again crowned the biggest contractor in Europe, Vinci’s massive revenues of €43.9 billion see it hold on to the CE100’s top spot - which it has now held since the CE100 ranking was first published almost 20 years ago.

Despite being nearly €5 billion down on its 2019 revenues of €48.7 billion, Vinci’s successful navigation of the global pandemic is evidenced by its impress 2021 order book.

The company counts a new S$644 million (€410 million) extension to the existing Ang Mo Kio metro station in Singapore and a new €500m German road contract among the projects its won this year.

In addition, this month saw the company announce that it is to help grow a €1.5bn fund for clean hydrogen infrastructure solutions.

*The CE100 listing, along with financial commentary, was first published in the September 2021 issue of Construction Europe magazine. 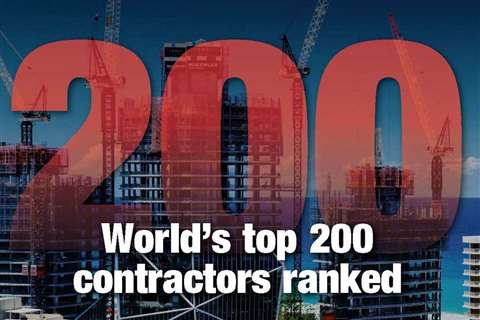 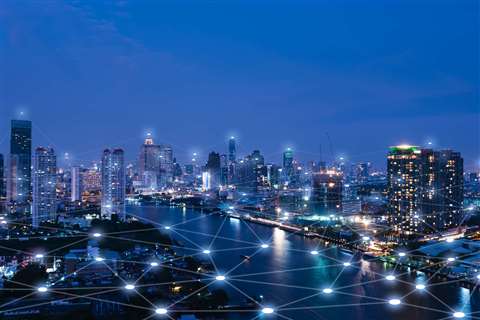