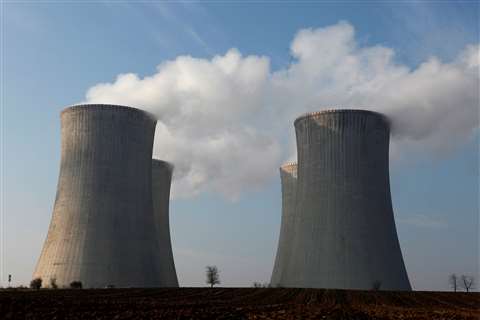 The cooling towers of the Czech nuclear power plant are seen at Dukovany, 200 km east of Prague (Photo: REUTERS/Petr Josek)

Three companies - Westinghouse (US), EDF (France) and KHNP (South Korea) - will be allowed to bid on the project worth €6 billion. Russian and Chinese firms were excluded from bidding on security grounds.

The expansion of the country’s nuclear capacity is an effort to reduce its dependence on Russian energy imports - which represent 18% of the total supply in the Czech Republic.

Cez says that it expects to receive the first bids in November, with construction likely to start in 2029. The new reactor at the Dukovany plant is expected to be completed by 2036.

The project will require financial aid from the EU, and obtaining approval for this may be difficult. Austria has made clear that it aims to block the project owing to environmental reasons and unfair competition, as it will not connect to the EU open market.

However, EU countries are granted sovereignty in their energy policy, and renewed urgency around reducing dependence on Russia and meeting the EU’s climate goals is likely to strengthen the Czech Republic’s case.