Rosatom has reportedly told the Russian government that it plans to withdraw from the Paks nuclear expansion project in Hungary. 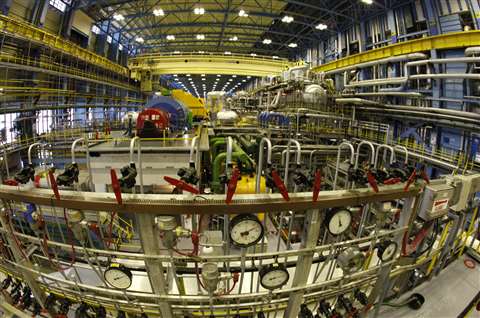 The Russian state-owned nuclear energy company has a €12.5 billion contract to deliver two new reactors to the plant. It is reportedly citing force majeure as its grounds for withdrawing from the project, due to the sanctions placed on Russia, following the country’s invasion of Ukraine.

In 2014, the Russian government agreed to provide a €10 billion loan to finance 80% of the project’s costs, through the state-owned Vneshekonombank (VEB). In the current situation, it would not be possible for the loan to be directly paid to fund the already years-behind-schedule project.

According to Newsbase Daily News, however, Rosatom Central Europe’s Hungarian CEO Zalan Bacs has denied the report, insisting the implementation of the Paks project will continue according to schedule and Rosatom is fulfilling its contractual obligations under the Russian-Hungarian intergovernmental loan agreement, including securing the financing of the project.

Bacs said VEB will transfer the loans through Rosatom on Russian territory, to work around the sanctions.

The Hungarian government is keen to proceed with its plans to increase its nuclear energy supply, but analysts say Western companies would probably be reluctant to work with Rosatom on the project, if it were to proceed with the Russian company.