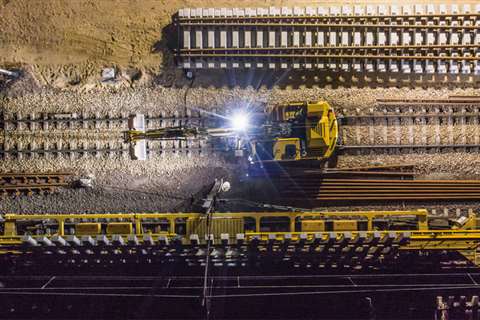 Austria-based contractor Porr has won a contract to develop 70km of railway in Poland – the largest single rail contract in the country to date.

The company will carry out the contract, valued at PLN 1,238 (€285 million) in partnership with Polish firm Trakcja System.

A total of 135km of track and 148 sets of switches will be replaced along the 70km-long stretch between Kalina and Rusiec Łódzki.

The works on the stretch also include upgrading or overhauling 71 civil structures – including several larger viaducts such as the almost 100m-long section over the River Warta. All of the stations along the route are also to be fitted with new platforms offering disabled access.

The complete control and safety system of the railway has been made a priority and will be modernised along with a catenary and 17 level crossings.

Karl-Heinz Strauss, CEO of Porr, said, “First built in the 20th century, the railway line no. 131 is not only essential for passenger transport, but especially for freight. It links the industrial region of Upper Silesia with the ports of Gdańsk and Gdynia on the Baltic Sea. We are proud to realise our largest railway construction order in Poland to date in the form of this design & build project.”

Porr says that construction on the project will be completed by May 2023.