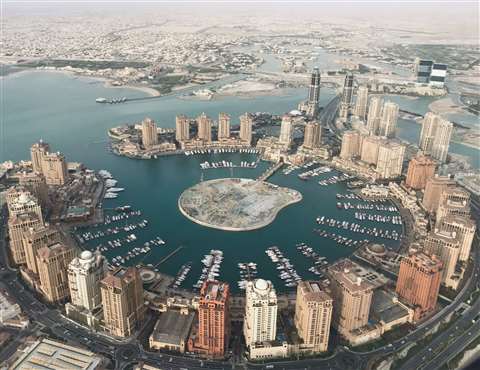 Doha, Qatar, in the Middle East

An increasing number of urbanisation projects will drive growth in the construction sector in the Middle East, according to information released by GlobalData.

Whilst the Covid-19 pandemic has slowed down project spending in the region, the ongoing modernisation of populous regional centres such as Dubai, Riyadh, and Cairo since the oil price crash of 2014–15 will drive demand for construction.

Additionally, Riyadh is expected to finalise a contractor for the Royal Art Complex at King Salman Park this year for an estimated SR7.5 billion (US$ 1.9 billion) package that emerged at the end of 2021.

“Additionally, Saudi Arabian developer, Roshn, has received bids to deliver the first phase of the huge Al-Arous housing project in Jeddah, part of the Kingdom’s program of Vision 2030 megaprojects.”

The National Authority for Tunnels (NAT) is negotiating the final civil works package (CP 402) for the first phase of Cairo Metro’s Line 4 and may finalise the project’s contract in March.

NAT is also preparing to tender work linked to its planned 45.2km Alexandria metro network, as well as to conduct discussions for further packages linked to its 1,800km high-speed electrified rail network. Progress is expected on both tenders in the first half of 2022.