The 42 m (138 ft), 231 t concrete lighthouse was built in the 1980s, but dismantling became necessary to allow for the widening of the navigation channel in the River Elbe. The contract was awarded to industrial diving company Taucher Knoth, and when it decided to dismantle the tower segment by segment, Lissmac became part of the project. 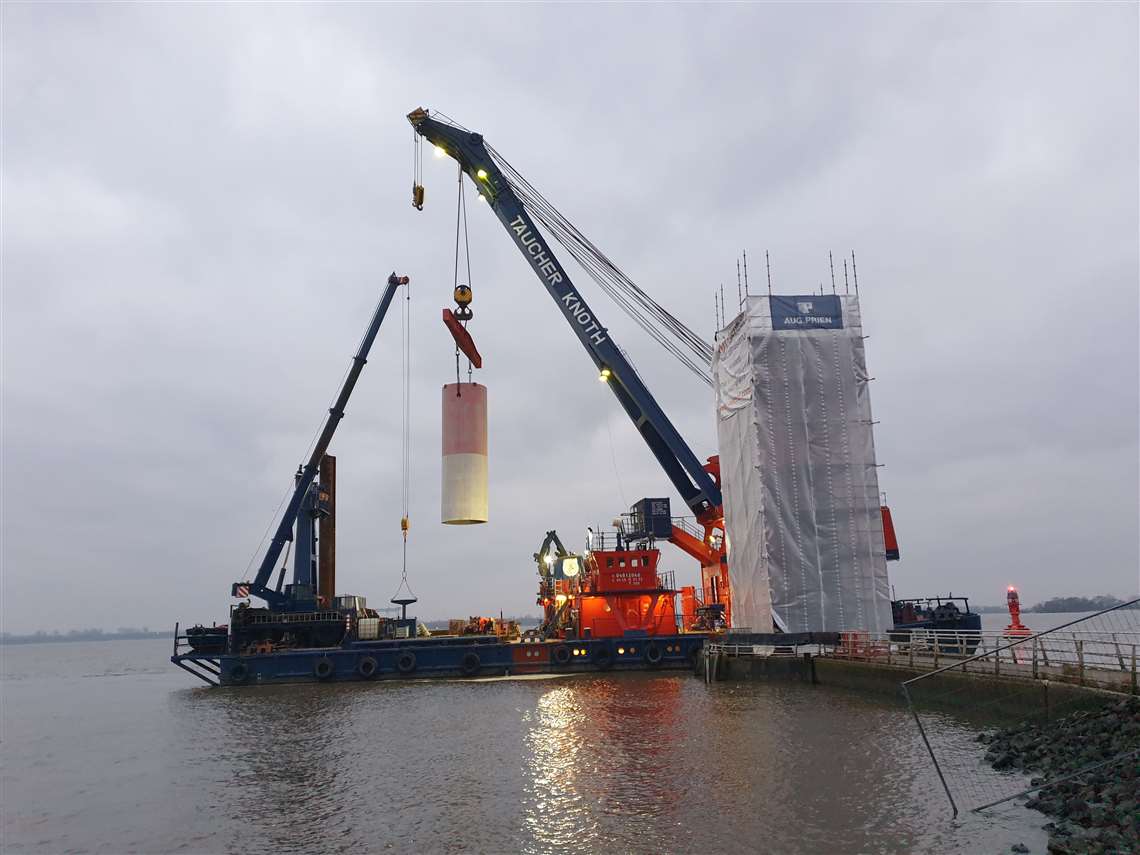 The individual tower segments were up to 13 m long and 96 t in weight, and were cut by rope saw

Specialists from the Aug Prien concrete laboratory, also based in Hamburg, fitted their rope saw with a 20 m (65 ft) Lissmac BDSP 3 diamond wire.

As well as its considerable height and weight, the lighthouse featured a 3 m (10 ft) shaft diameter and around 20 cm (8 in) thick heavily steel-reinforced concrete walls. As it was too heavy to hoist. Taucher Knoth and Aug Prien chose to divide the shaft.

The longest segment measured 13 m (42 ft) and weighed 56 t, while the 96 t concrete-filled base was moved by the crane rope of Taucher Knoth’s TK 10 “Whale” floating crane which can deal with up to 110 t in one go.

“The sawing of the massive concrete tower base was by far the hardest work, and was an acid test for the too,” said Lissmac area sales manager Dirk Klindwordt.