How BIM and digital twins can transform construction

Some argue that digital twins are an extension of BIM, others that they are separate. Andy Brown gets deep into the data to explore the relationship between the two and how it might develop in the future.

Just as those not familiar with construction might assume that a tracked and a wheeled excavator or a rigid and articulated truck are pretty much the same, so someone might assume that BIM (Building information modelling) and digital twins are the same. 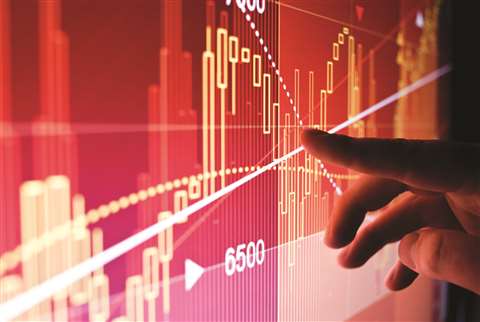 After all, they both involve the generation and management of digital data taken from a real-life structure – the digital information of a building or a network of pipes, for example.

They are not the same, although some of the confusion that can surround them, says Mike Turpin, Technology Director at Priestland Consulting and technical advisor for the Centre for Digital Built Britain, is down to a lack of clear definitions.

What is a digital twin?

Turpin says that BIM is “very well defined,” but the issue with digital twins is that, even though there are some principles that have been published around the concept, exactly what a digital twin is, “is open to interpretation.”

Turpin adds that, “What you’ve got now is digital twin programmes and projects by various companies. Some of them are effectively just BIM. Some of them are saying, ‘let’s use the models, let’s put a few extra bits of technology in, let’s do stuff a little bit better.’ I call it BIM plus – in effect, it’s adding that little bit extra.

“Then you’ve got the other end of the spectrum on digital twins, and this usually comes more from the asset owners that approach a digital twin as: what do we want it to do? We need a system that does X, Y, and Z.

“We need to effectively build a data core, organise our data, make sure it’s accessible, make sure we’ve got links between it, but effectively that digital twin has to have an outcome and a driver for why it’s existing.”

Mark Enzer, Vice Chair, Digital Twin Hub, and strategic advisor at Mott MacDonald, agrees that there is not one accepted definition for digital twins, but doesn’t see this as a major issue. “At the moment we are in the phase where there are loads of definitions that people have come up with and those definitions are vying for supremacy… I’m not sure that having a one sentence definition really does it justice.

“I think being able to describe digital twins well is more useful to the industry than just having a single sentence definition.” 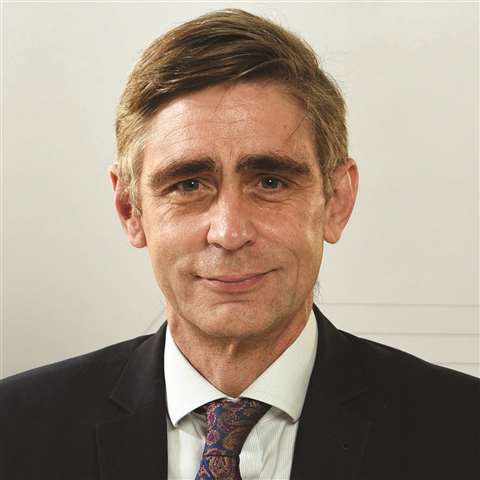 Regarding the description of what a digital twin is, Enzer says, “The bit where there seems to be consensus on digital twins, is the idea of having a two-way connection between the physical world and the digital world.” What is key with a digital twin, though, is that it can enable smarter decisions to be made.

“We can make sense of it, we can interpret it and we can understand the physical world better, which then means that we can generate these insights, make better decisions.”

The role of BIM in digital twins

Regarding BIM and digital twins, Linda Wade, CEO and co-founder of technology company Spinview, says, “We think of them as two sides of the same smart coin. One supports the design, plan and build of a structure – the other connects and manages the building to the people and assets within it.

“A digital twin focuses on the interaction of people with built environments whereas BIM is used for visualisation in design and construction rather than operations and maintenance. The digital twin is generally the representation of a building as digital data.”

Enzer says that one of the most vital things that BIM has done is to highlight the importance of information management, and what can be done when the right information is readily available to all stakeholders.

“BIM shows that information really matters and needs to be managed, and that information should be managed through the whole life cycle of assets. Effectively what we are talking about for digital twins is information management. BIM has really laid the foundation,” he comments.

Why digital twins are important

The unbelievably intelligent people that who developed BIM not only laid these foundations but also had an eye on what could come next, says Enzer. “BIM has established a fantastic foundation in information management and we can build on that foundation.

“To give credit to some of the people who originally thought about BIM, they did anticipate this, right at the beginning, they did imagine that you could keep making connections and you could go beyond an information model for an individual building.”

It has been established that BIM is the foundation of digital twins and that digital twins are not as well defined as BIM – there is some debate as to what exactly constitutes a digital twin. 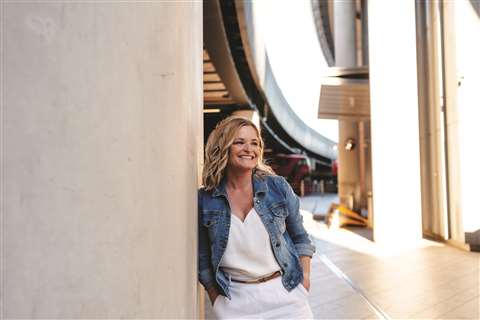 Leaving this aside for now, the purpose of digital twins seems clear: to provide updated digital information about an asset to enable better decision making.

One of the aims of digital twins that may not be so common at the moment is for them to be used as predictive models.

For example, a digital twin of a sports stadium could be run as a model to predict how much energy it will use in the next five years, or even simulate what would need to happen to expand capacity and extend one of the stands.

“Simulation allows facility managers the chance to plan changes and adjustments backed by data to see how they’ll effect the workplace or building performance,” says Wade from Spinview.

Realising the potential of digital twins

Being able to have an accurate simulation of a physical asset is no easy feat, though, as it means every aspect must be digitised. “If you want a link to all kinds of sensor data and monitoring, and occupancy and heat and CO2 levels and that kind of information, then it is still quite a way off for a lot of people,” says Turpin. 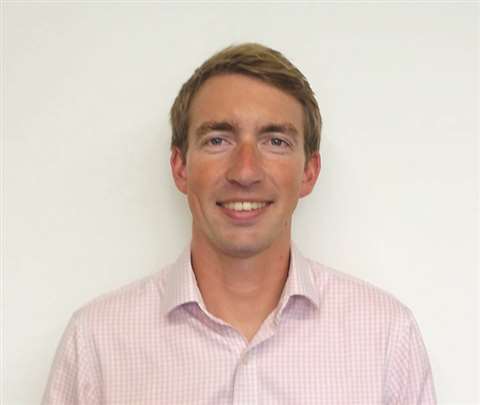 He adds that these digital twins would have great value, but are perhaps some way off for most in construction.

“That kind of digital twin is, for me, still a bit of an ambition. How do you realistically fit hundreds or thousands of sensors across a network? How do you power them – is 4G or 5G signal good enough? Do you link it back another way? How do you deal with that data, who supplies it? What about the cost?”

As Turpin points out, there are legitimate questions to be asked about the implementation of digital twins.

However, there is no doubt that they have massive potential to transform the efficiency of the whole life cycle of construction – digital twins provide a benefit during construction but arguably an even bigger one following construction.

Being able to monitor, in real time, how an asset is operating and model how it might operate in the future is invaluable for the asset owners.

“I suspect that client organisations will start asking for them. We already see that, it’s already happening because the biggest value comes downstream.”

As well as being able to provide digital simulations of a real-life physical asset, such as a stadium, or a bridge or an office building, the next step for digital twins is for them to connect to each other.

“The concept of digital twins goes beyond individual buildings,” says Wade. “Where BIM typically focuses on a single building, a digital twin can encompass multiple interconnected buildings or communities to simulate how things will look and interact in a huge range of different scenarios.”

The concept of digital twins that are connected to each other ties into the concept of so-called smart cities.

These are places where data is gathered and used to manage assets, resources and services efficiently. In short, the data is used to improve operations across the city. 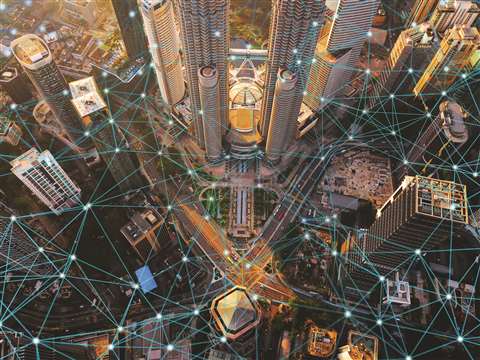 Digital twins could lead to an increase in ‘smart cities’. (Photo: AdobeStock)

“Those connections between digital twins end up being really useful in a smart city and actually it becomes almost like a foundational infrastructure for the smart city.”

Such smart cities with connected digital twins may well be where the sector is headed, but it won’t become commonplace for many years, if not decades.

For the here and now, perhaps we shouldn’t get too worried about the specific definition of what a digital twin is – a digital twin for a hospital or a nuclear power station will have very different requirements.

“As long as it’s providing help and benefit, if this digital twin is really basic, and this one’s complicated and technically advanced, does it matter that you call them the same thing, even though one’s far superior to the other?” says Turpin.

“We had the same issue with BIM at the start when people were saying, ‘I’m doing a 3D model and that’s BIM’ and other people said, ‘no, you’ve got to be following a standard’. There were different levels of BIM.”

However the future of digital twins develops, the number one thing required for them to work is to have organised data – those working on BIM and implementing it into their systems are, even if they don’t know it, playing a vital role with the development of digital twins. 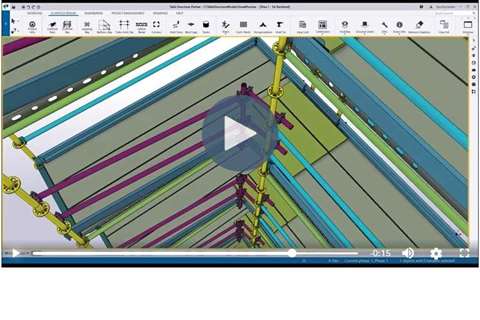 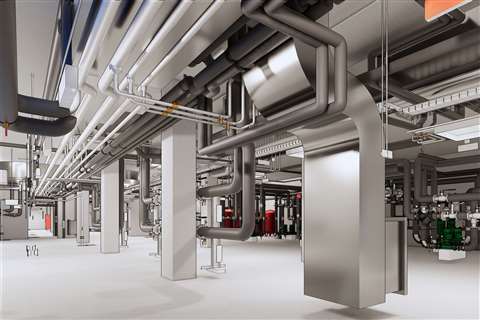