Hitachi Construction Machinery has announced the launch of a larger next-generation model from its Stage V-compliant wheeled loader range. 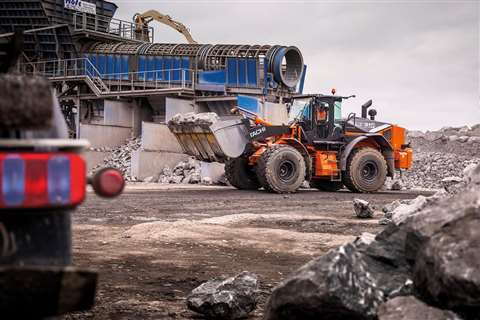 The ZW310-7 has a number of increased performance capabilities. Picture: Hitachi Construction Machinery

The ZW310-7 has been designed to provide more control in tough working conditions, according to the manufacturer.

The model also has enhanced safety features, as well as increased efficiency and promises a low total cost of ownership.

To protect the operator and machine from potential hazards, it allows a superior view from all angles – with increased visibility to the rear and either side of the narrow engine hood.

With the Aerial Angle camera system, operators also have a 270-degree bird’s-eye view of the job site, while the rear obstacle detection and warning system alerts them immediately if anything is close to the rear of the machine.

Hitachi says high levels of productivity are ensured by fast cycle times, a high breakout force and loading capacity, and improved acceleration on inclines, thanks to sensors installed on several machine components.

New features from Hitachi
The RPM are automatically increased due to the auto power up function, which maintains the machine’s travel speed when moving uphill. As a result, the reduced cycle times can enhance productivity and reduce fuel consumption.

In addition, operators can monitor fuel consumption with the new ECO gauge and performance can be improved with several adjustable functions.

“Built to the highest quality standards, it will significantly boost productivity on busy quarries and large recycling plants, and have a positive impact on profits.” 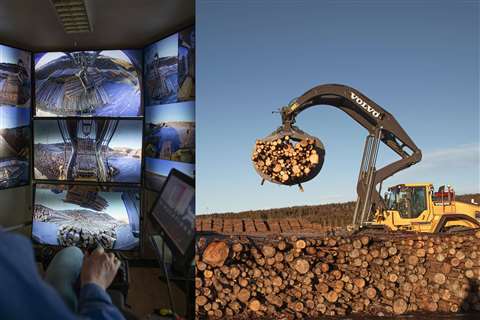 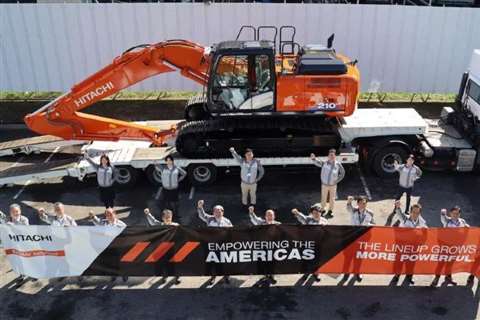 Caterpillar, Volvo and more: 5 of the latest products from OEMs
The construction industry has seen a number of first-to-market equipment revealed over the past month from firms such as Hitachi, Caterpillar and other OEMS.