The main Battersea Power Station structure in London, UK, is to officially open to the public this weekend, after being transformed into a new residential neighbourhood, as part of a £9 billion (€10.4 billion) redevelopment programme.

An artist's impression of the new-look Battersea Power Station in London, UK

The historic building, which itself has a footprint measuring 2.4 hectares and is situated on the banks of the River Thames on a 17 hectare former industrial site, began generating electricity in 1933 and ceased its power operations in 1975.

Almost 40 years after its closure, and a raft of failed plans to redevelop the site, it will open to the public on Friday 14 October, with a special weekend ‘Festival of Power’.

While most of these are expected to be open when the public are welcomed to the power station building this coming Friday, the redevelopment project covers the entirety of the plant’s 17-hectare site.

At its peak, Battersea Power Station generated a fifth of the capital city’s electricity supply and, after its 1975 closure, the building was finally decommissioned in 1983.

Now the Power Station’s two control rooms, which used to manage power distribution to key areas of London – including Buckingham Palace and the Houses of Parliament – have been fully restored, with one set to become an events space and the second to house an all-day bar concept.

The Electric Boulevard high street, which will also open on 14 October, offers a mix of bars and restaurants, office space, shops, a park, a community hub and a new 164 room hotel.

Demolition or refurbishment?
Increasing numbers of politicians and architects are favouring reused buildings over demolition 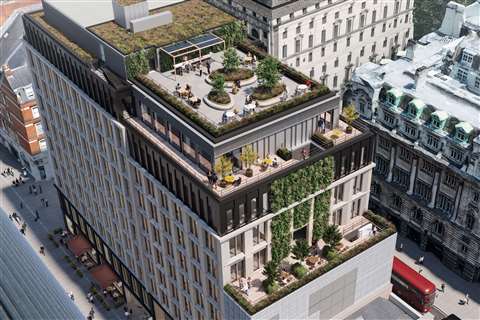 Mace goes electric for London tower
101 Moorgate project to be built over Moorgate station, in the heart of the UK’s capital city 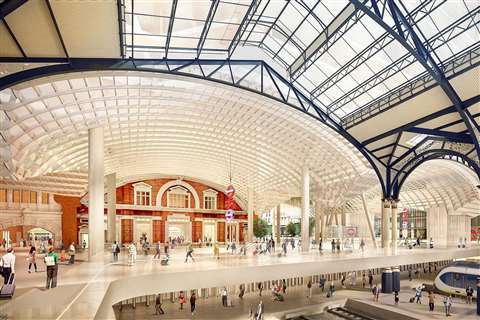