In a global aerial platform market that is recovering strongly in a majority of regions, but remains constrained by difficulties in sourcing of components, Haulotte has recorded a 12% sales increase in its first half of 2021, compared to the same period last year.

The increase brings the group’s total sales for the half year, which ended 30 June, to €243.2 million. 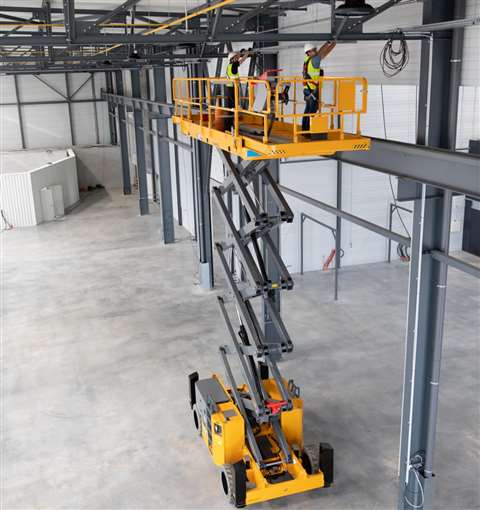 In Europe, group sales accelerated sharply in the second quarter, meaning the company posted growth of 9% for the half year, versus 2020. In Asia Pacific, half year sales were down by 18% compared to the first half of 2020.

In the strongly growing North American market, the group’s half year sales were up 39% across all its activities, with sales of MEWPs up 48%. In Latin America, despite a still uncertain environment, sales grew by 57%, compared with the first half of 2020.

Breaking down the company’s business activites, equipment sales grew 9% in the first half, over the same period last year, rental activity grew by 29% and finally service activity, which exceeded its 2019 level, posting a growth of 32%.

Current operating income, excluding exchange gains, reached €11.4 million, or 4.7% of sales, compared with 2.3% in the first half of the previous year. It was driven by growth in all the group’s activities, said Haulotte, despite an increase in component prices, the impact of which was not yet significant in the first half.

Operating income amounted to €7.4 million, or 3% of revenues, compared with €3.1 million in the previous year, with an exceptional expense, said the company, of €4.2 million, which explains the difference, compared to current operating profit. The group’s net income was €4.4 million for the half year, or 1.8% of revenues, positively impacted by exchange gains of €3 million.

The growth in activity, has enabled the company to reduce its net debt by €9.9 million to €123.1 million.

Haulotte now has an historically-high backlog and says it is being penalised by supply difficulties and strong growth in component prices. The impact of this will be felt in the second half of the year, explained Haulotte. Yet, it forecasts sales growth by more than 15% for the whole of 2021, compared to 2020 and an operating margin between 3% and 4% of sales.