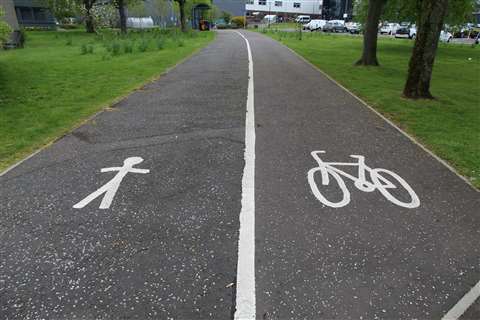 A proposal to build a network of active travel infrastructure across Glasgow, Scotland, has been ‘green-lit’ by the city’s county council, as part of efforts to lower its carbon footprint.

Known as the City Network, the active travel scheme aims to reduce people’s dependency of vehicular use, by encourage people across the region to make “walking, wheeling and cycling” their preferred mode of transport, via the installation of more environmentally-friendly infrastructure.

Described as “crucial”, the plan proposes the construction of 270km of cycleways and improvements to footpaths along the city’s main roads and will also include the removal of “barriers such as street clutter” and the provision of pedestrian-crossings and dropped kerbs.

While initial plans for the scheme, which were revealed in October of last year, have now been approved by Glasgow City Council’s City Administration Committee, a report published by the Committee said that the current proposals for the City Network still needed further development.

“There was little to no consideration given as to how this strategy would be implemented in partnership with local communities”, the report said.

Furthermore, it said “there does not appear to be enough consideration given to the potential detrimental impact that some of the proposed infrastructure could have on those with mobility issues, those who are blind or partially sighted, those who are deaf and other protected characteristics.

“This committee believes that the strategy must be changed to address those concerns and ensure that we build infrastructure which is accessible to all.”

With the cost of the project estimated to be in the region of £475 million, city officials are also currently working to “engage” with the Scottish Government on the prospect of financial backing for the project.

In a statement published online, Glasgow City Council said, “The City Network is based upon a vision that active travel becomes the first choice for everyday journeys and will be designed to ensure easy access to safe, segregated routes from homes, schools, key amenities and cultural destinations throughout the city.”

She added, “By having an active travel network of safe, segregated infrastructure that is easily accessible to every home and school across the city, we can provide a viable alternative for the millions of car journeys that are less than three kilometres.”

While Glasgow has been expanding the reach of its segregated cycle paths for a number of years, the new City Network - proposals for which fall under Glasgow’s Active Travel Strategy 2022-31 - would aim to ensure that anyone who travels by bicycle would be able to reach most areas of the city “within 30 minutes and almost all of the city within an hour”.