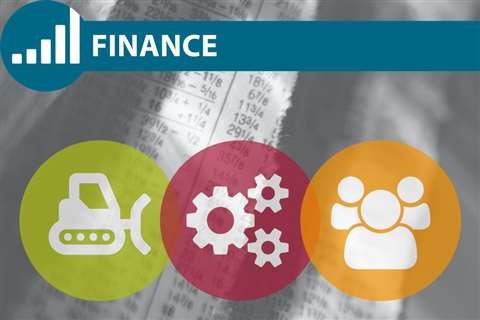 This article will assess the period for listed contractors, equipment manufacturers and material producers from week 18 to week 26 of 2021 (30 April to 18 June, 2021).

While the beginning of the year was buoyed by an expectation that work would soon return to normal as countries started vaccine programmes, our business indexes (equipment, materials and contractors) are now showing the strain placed on companies by the pandemic.

The total of our indexes revealed that growth dropped by 2.2% compared with the 1.2% increase seen for the previous analysis period.

Despite the materials and contractor segments showing gains overall, growth was down 5.6% for the equipment sector.

Of the 29 equipment index companies, only eight saw a rise in growth. At the top end, Doosan Infracore achieved an astonishing 43.1% rise in growth compared with 5.4% in the last period.

This is likely due to the continuing strength of its Doosan Bobcat division, which at the end of April, reported revenues of US$1.09 billion (€846 million) and a 23.3% year-on-year rise in sales – its most successful quarterly performance for a decade.

While Wacker Neuson and Volvo also saw growth of 7.5% and 7% respectively, over the past seven weeks Manitowoc, Cat, Terex and John Deere all experienced a reversal of fortunes, with declines of between 6% and 13.4%.

However, US-based Astec Industries fared even less well, with a decline of -24.5% on the index over the analysis period. Continuing the downward trajectory, the index’s Chinese contingent – Sany Heavy Industries, XCMG, Liugong and Zoomlion – all saw decline, Zoomlion by -22.1%.

With China, the first to be hit by the pandemic, if we look at their position now – and the downward trend now apparent among US companies – it seems increasingly likely that equipment businesses in Europe could experience a similar decline over the coming weeks.

The contractors index, with just 0.8% growth compared with 5.2% in the previous period, has like all three indexes taken a dip.

The downward trend has taken Norwegian firm Veidekke and Spanish firms ACS, FCC, OHL, Sacyr and Tecnicas with it.

While they saw declines of between 4.1% and 10%, German giants Hochtief and Bilfinger now sit at the bottom of the table with figures of -15.7% and -20.7% respectively.

Indeed, of the 30 companies in the contractor index, more than half had negative figures. On the positive side, UK firm Kier, Austria-based Strabag and Italian companies Webuild and Astaldi saw the largest growth – between 15% and 37.8%.

Similarly, Kier and Astaldi have improved their negative figures of the previous period with rises of 37.8% and 21.9% respectively.

Kier’s improvement follows the recent sale of its Kier Living division for £110 million (€128 million) and a capital raise that added £240 million to its finances.

A rise of only 1.5% in the materials index represents another tricky period for the sector. Down 1.5% on the previous review period, the unpredictability of the past several months is once again highlighted by Cemex.

The Mexico-based company, which saw 18.9% growth at the end of week 18 and a sharp decline March, is now in the bottom two with a 3.4% decline in growth.

While HeidelbergCement saw the largest index fall, UK-based Ferguson and French firm Saint-Gobain remained resilient – with growth of 7.1% and 5.1% respectively – and Kone has recovered from a figure of -4.1% in the last period to 4.6% in the latest index.

While the slump is concerning, governments around the world have been bumping up their infrastructure spending to stimulate economic growth.

Looking at the recent infrastructure commitment agreed by the G7 and the suspension of mutual retaliatory trade tariffs between the US and EU, it may be that the declines seen in our business indexes over the past seven weeks reflect a lag between the decision-making process and the actual dissemination of funds, rather than a more serious downturn.