Engines: The beauty of Stage V

Electromobility may be the buzzword, but engine makers are still devoting time and energy to improving diesel 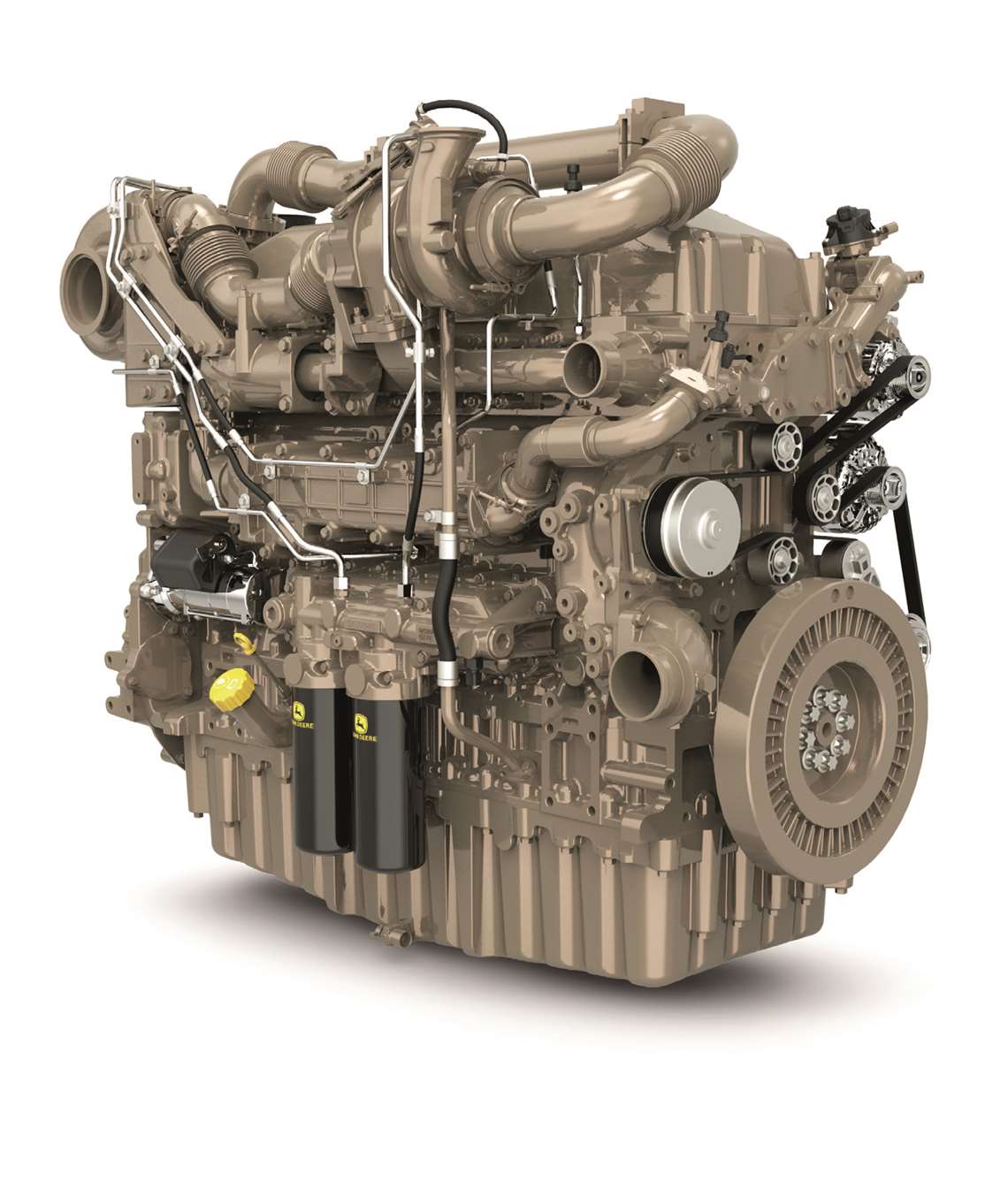 Many construction industry professionals will be looking on with interest to see how Europe’s off-highway diesel engine market develops this year, as we edge towards the end (hopefully) of the protracted coronavirus saga.

This market is not only a bellwether for the wider construction industry, it will also give an indication of how much impact the electrification of construction equipment is having on the previously untouchable position of diesel.

While all engine manufacturers are deepening their research into alternative fuels and propulsion systems, they are far from ready to give up on diesel as the mainstay, certainly of heavy construction equipment.

Now, with Stage V engines rolling out, bringing with them greater efficiency, reduced emissions and a focused power never before seen in the industry, diesel is showing it has the capacity to fuel the construction industry for some time to come.

Start with a clean sheet

As an example, John Deere went back to the drawing board for what it calls a “clean-sheet design process” when it developed its 13.6 litre diesel engine. It was so pleased with the result, it used many of the same technological and design features in developing the 18 litre engine it announced at last year’s ConExpo trade show in Las Vegas.

Michael Lefebvre, manager of Global Marketing Support at John Deere Power Systems, says, “Continuing to leverage analysis-led design will play a major role in future engine development. With the results we’ve seen and experienced, it’s clear that using the latest technologies to specifically deliver on our customers’ biggest needs will shape the future of engine design.”

No sense there that John Deere is considering a radical shift away from diesel. In fact, Lefebvre adds, “Customer value is the driving factor in our Smart Industrial strategy. This isn’t technology for technology’s sake – it’s developing smarter tools that pay back the customer’s investment with solid economic returns over the life of the product.

“These customer needs will continue to be the primary drivers of next-generation engine design, which will result in engines that offer optimised and simpler systems while meeting power and reliability demands.”

The gear train has been moved from the front to the rear of the engine, which reduces noise and torsional vibration and makes the operator experience more comfortable. 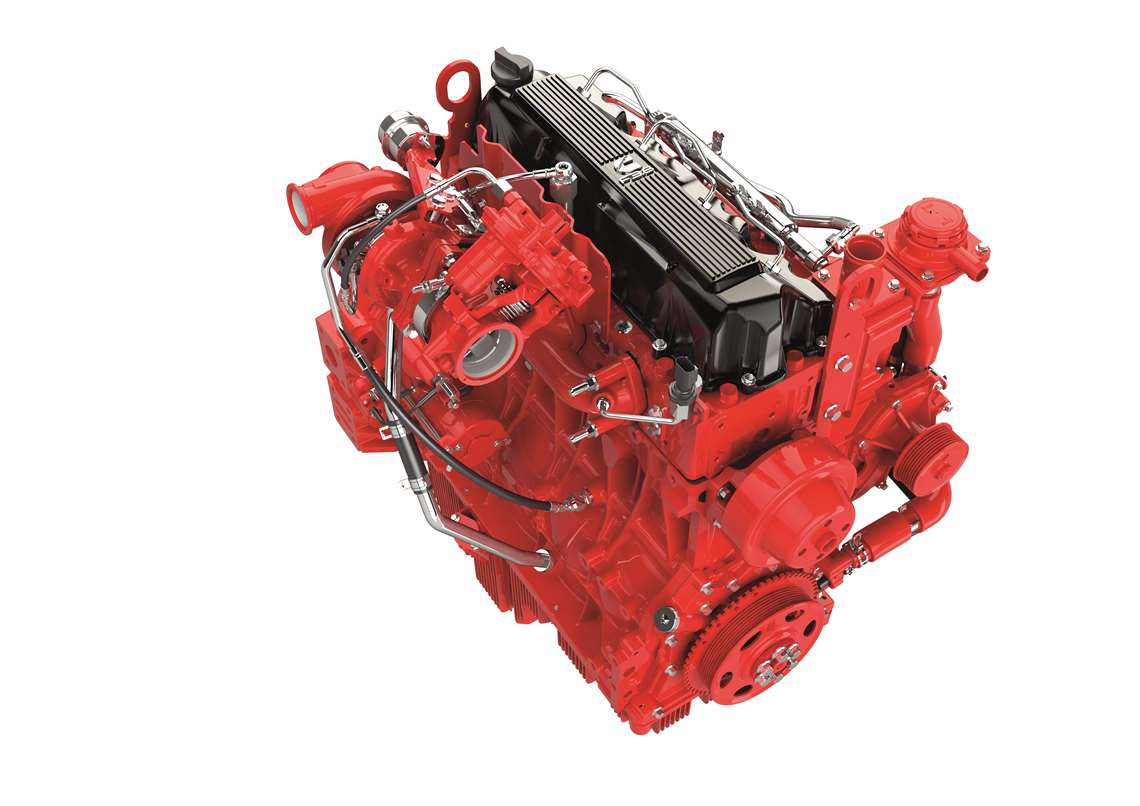 In the continuing pursuit of longer service and maintenance intervals, John Deere used hydraulically operated and self-adjusting lash adjusters in the new engine’s design – eliminating the need to manually reset the valve lash, which is a lengthy service process.

Cummins has produced its Stage V Performance Series engines from 55 to 503 kW, for a range of industrial applications, requiring high power density.

Alternatively, there is potential for OEMs to downsize and replace an engine of higher displacement, reducing costs while preserving the productivity of their existing machines.

Cummins Single Module aftertreatment system has been integrated into these engines, with enhanced combustion and air handling technology, which enables them to meet and exceed Stage V ultra-low emissions levels without the need for cooled exhaust gas recirculation (EGR).

The lack of EGR has resulted in a simpler engine design and a reduction in weight. Cummins adds that the engines require less cooling, while operating costs are also reduced.

The engines’ development has included improvements in fuel efficiency and extended service intervals, with stop-start technology further reducing fuel consumption, as well as aiding a reduction in exhaust emissions and noise levels. 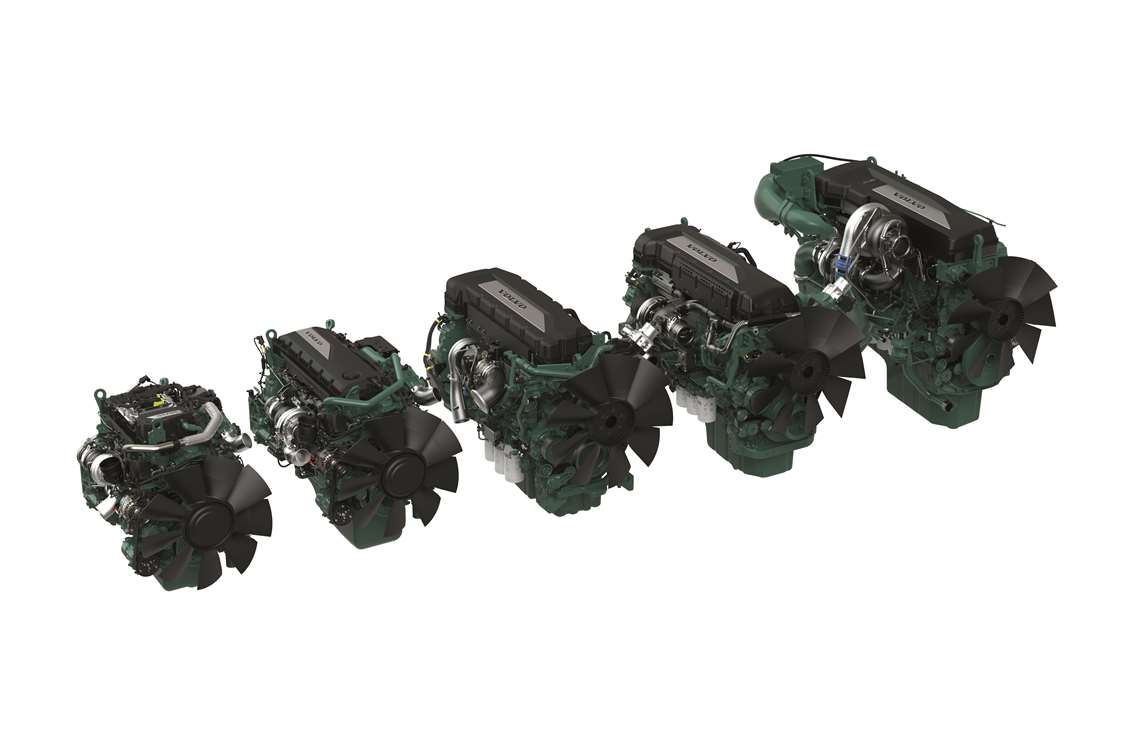 There is no doubt that the stringency of Stage V emissions legislation has focused the minds of engine designers and the latest models from major manufacturers not only deliver ‘cleaner’ running, but also improved productivity and uptime and, more often than not, a healthy benefit in terms of total cost of ownership.

These new engines are designed with what Volvo Penta calls a ‘regeneration zero’ philosophy, meaning a reduced requirement for active regeneration. This engine optimisation, along with Volvo’s aftertreatment system, maximises the use of passive regeneration, with soot accumulating in the DPF burned off during normal machine operation.

The range is designed for multiple applications, segments and environments but, in all cases, the new models retain the same footprint as their respective predecessor version, which will please OEMs who will not be required to redesign their machines. 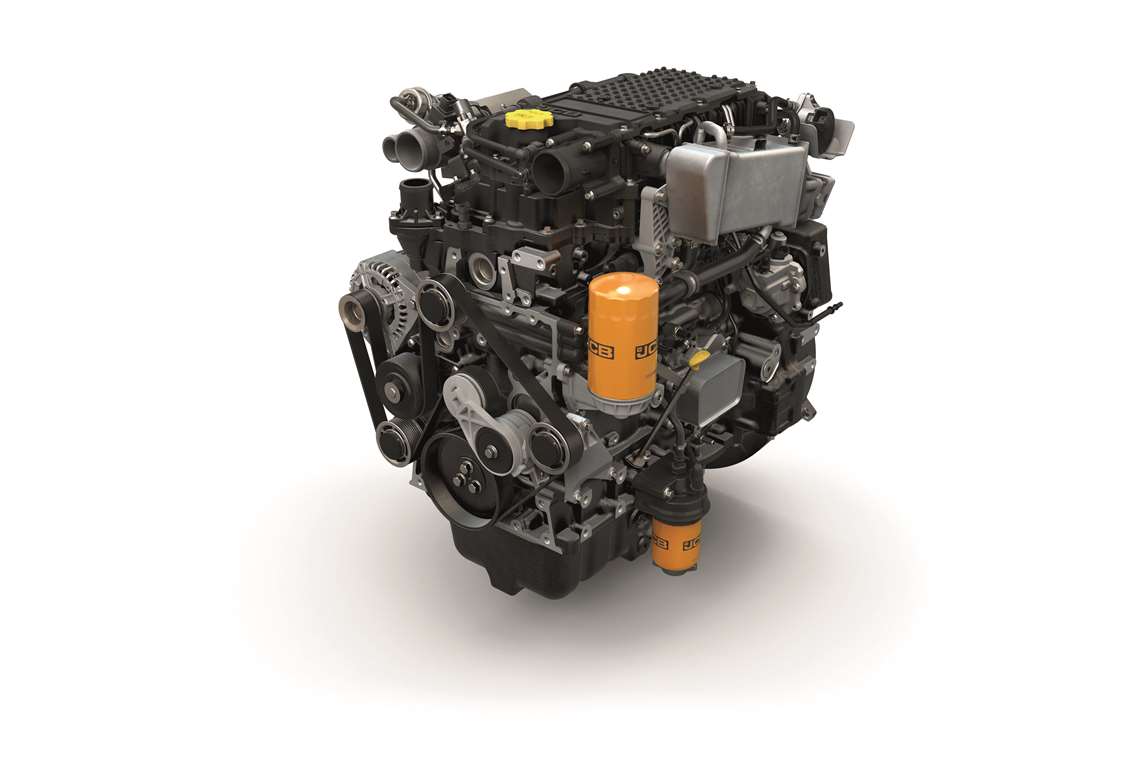 JCB says its Stage V diesel off-highway engines are suited to quarrying equipment, due to their high power density

JCB obviously utilises its latest Stage V engines in its own machines, but the company says the high-power density of its IPU (Industrial and Agricultural Power Unit) versions also make them ideal for quarrying applications.

The company already has its engines powering quarrying equipment such as dewatering pumps, drill rigs and crushing and screening equipment.

Further bespoke options are also in development for the market including ‘bar and plate’ cooling packs, while air filtration systems have integrated pre-cleaners to aid longer service intervals and minimise downtime.

The company’s service to customers extends to a full powertrain solution, with ongoing support bolstered by the JCB Drivetrain division and its range of axles and transmissions. 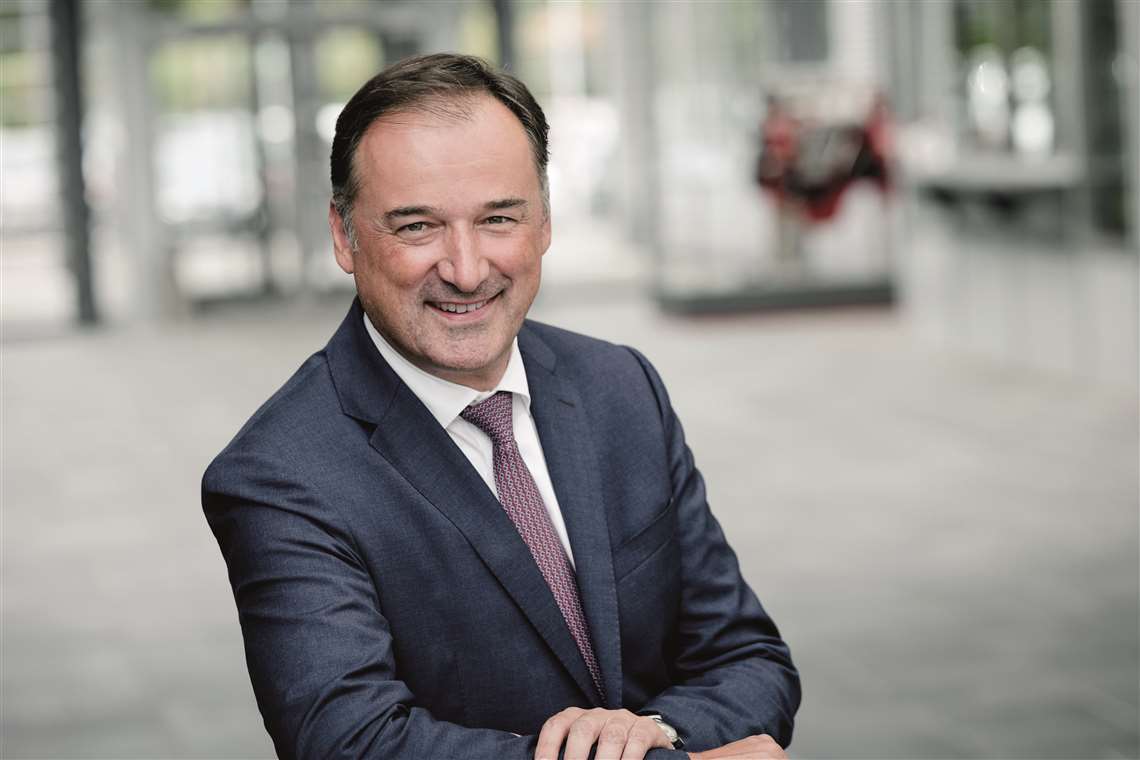 Dr Frank Hiller, chairman of the Deutz board of management

Clearly, as we begin to see a possible end to the coronavirus crisis and companies attempt to gain ground on their competitors, engine makers are seeing a need to offer greater service, as well as enhanced engineering.

In December last year, German engine manufacturer Deutz agreed to invest €41 million in its German sites, in part to protect its workers’ jobs, but also to strengthen competitiveness and innovation.

Dr Frank Hiller, chairman of the Deutz board of management, said, “The action plan agreed today constitutes further progress in safeguarding the future viability of our Company. We are aware that, with the signing of this agreement, our employees are making a significant contribution to protecting jobs at our sites in Germany.”

Also towards the end of last year, Deutz announced a collaboration with John Deere Power Systems to develop engines with powers ranging up to 130kW.

This strategy of co-development and co-sourcing includes engine hardware and design, to a point at which each company will customise its product to meet customers’ specific needs through engine software and controls. The two companies say the manufacturing and distribution of engines will be undertaken independently.