Fireworks mark the completion of the 2.4km long bridge’s main section, three months ahead of schedule 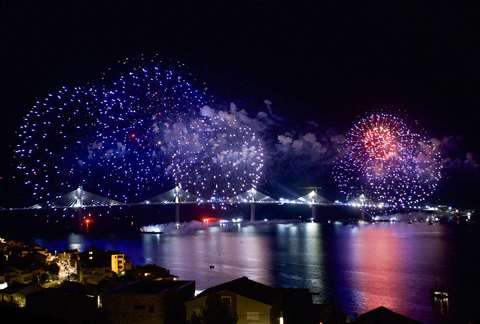 The main structure of the new 2.4km-long Pelješac Bridge, which now connects the Croatian peninsula of Pelješac to the country’s mainland, has been completed.

A special event featuring Croatian klapa singers and a fireworks display was held to mark the occasion and its historical significance.

Oleg Butković, Croatia’s sea, transport and infrastructure minister, said in statement, “The Pelješac Bridge is the most important and largest infrastructure project currently underway in Croatia...It will finally connect our territory and we can say that the government has accomplished a dream many wanted to abandon.”

The Pelješac Bridge project cost €550 million, with €357 million coming from the EU, and was managed by Hrvatske Ceste - the state-owned company responsible for Croatia’s public roads.

The structure, which stands 55m above sea level, with pylons up to 124m high, comprises two vehicle lanes in each direction and will have a maximum speed limit of 90km/h.

The final steel span of the bridge was one of 165 such sections built for the infrastructure project by the China Rail and Bridge Corporation.

Goran Legac, project manager at Hrvatske Ceste, told local reporters, “This is the second attempt to build a bridge. The hardest part of the job was laying steel piles at the bottom of the bay that ended two years ago.”

While the last steel span was installed a full three months ahead of schedule, the Pelješac Bridge is not due to open for public use until June of next year, with final technical inspections scheduled to be carried out in February of 2022.

Over the next six to eight months, Hrvatske Ceste will oversee the welding of the bridge’s raised segments and carry out waterproofing, pavementing and fencing works. Roughly 30km of access roads to the structure are also still to be completed. 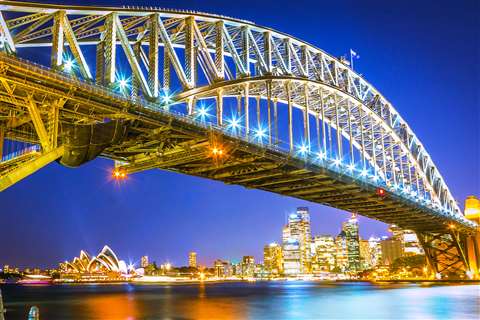