Case Construction Equipment has marked the 50th anniversary of the opening of its Lecce plant in Italy. 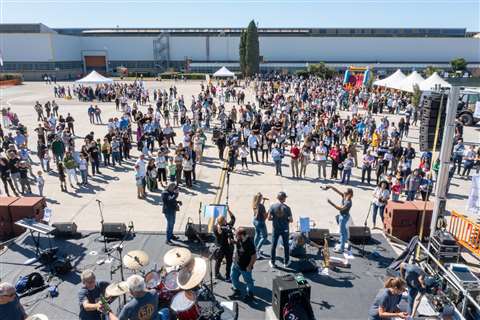 Over 1,500 people were in attendance at the family day. (Photo: CASE)

Celebrations took place between 28 September, when an olive tree was planted to signify the company’s roots in the Salento region and finished on 2 October with a family day that was attended by more than 1,500 people, including 800 employees and their families.

Among those in attendance included Apulia region president Michele Emiliano, Angelo Corallo, professor at the Department of Innovation Engineering at the University of Salento and Federico Bullo, head of Europe for CNH Industrial Construction businesses.

The plant was converted into a party venue and featured inflatables and a raffle with prizes, in addition to live music by a band made up of CASE employees.

Speaking during the celebrations at the plant, Federico Bullo said, “Case has always believed and believes in the development of this plant; that is why we have boosted investment in technology, facilities, training, occupational safety and ongoing innovation.”

The family day, which was opened with an introductory speech by the plant manager Massimiliano Casaburi, also featured a variety of the company’s equipment, including wheel loaders, backhoe loaders and compact wheel loaders.