Bridge-building giant up for sale 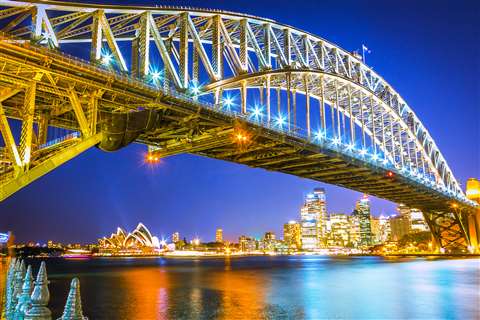 Historic UK-based engineering firm and steel producer Cleveland Bridge is on the market, having fallen into administration.

The company is renowned for its involvement in major projects worldwide, including Sydney Harbour Bridge, the Victoria Falls Bridge in Zimbabwe, London’s Shard skyscraper and the iconic arch of Wembley Stadium, has suffered with a number of operational setbacks, due to the coronavirus pandemic.

The latest financial reversal came from a major bridge project in Sri Lanka, which had to be suspended, due to strict measures to prevent the spread of the virus.

The company was acquired by a Saudi investment firm in 2000, which has confirmed it is unwilling to continue top prop up the historic business.

The situation puts the jobs of the company’s 200-plus employees at risk.

Administrators are, however, optimistic that a buyer will be found for the firm which has a full order book for the next 18 months, a highly skilled workforce and a history of successfully completing high-profile engineering projects worldwide.

Martyn Pullin of business advisory firm FRP, appointed to administrate the affairs of the company, said, “Cleveland Bridge UK, which was founded in 1877, has been a flag-bearer for cutting-edge British engineering for more than a century.

“But no business is immune to the far-reaching impact of the pandemic, which has delayed major infrastructure projects around the world and put significant financial pressure on the teams behind them.”