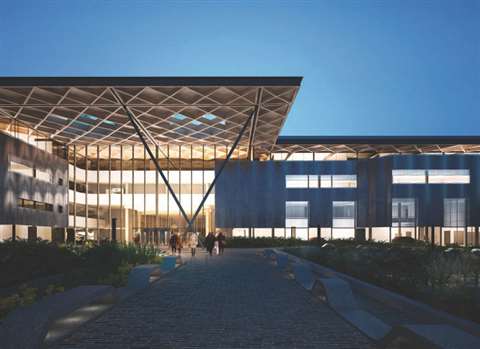 UK-based contractor Balfour Beatty has been awarded an £80 million (€110 million) contract for the National Automotive Innovation Centre (NAIC) in Coventry, UK, at the University of Warwick.

The 33,000m2 teaching and research site will feature design and engineering facilities within a new four-storey building to be developed on the university’s main campus.

There will be a total of £150 million (€206 million) invested in the centre as a collaborative scheme between Jaguar Land Rover, Tata Motors European Technical Centre, WMG Academy for Young Engineers, and the UK Government’s Research Partnership Investment Fund.

The venture will provide facilities for more than 1,000 people, including technologists, students, academics and engineers. Among its key areas of focus will be developing new vehicle technology.