Atlas Copco is aiming for reduced carbon and noise emissions with its newest product offerings, the company said at its latest press conference in London, UK. 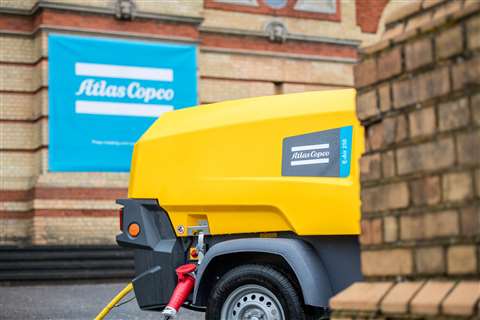 Mega-trends, such as digitalisation and the construction of smart cities, is a focus for the manufacturer, which serves the construction, equipment rental and other industries.

Speaking at the event, Peter Lauwers, president for Portable Air, said the company was aiming to “triple its revenues from non-polluting drive technology by 2022” and said its main market for this would be Europe.

Meanwhile, the company’s president of its Speciality Rental division, Ray Löfgren, said its equipment rental fleet was made up of around 20% electrically-powered units, but the aim was to reach 25% by 2020.