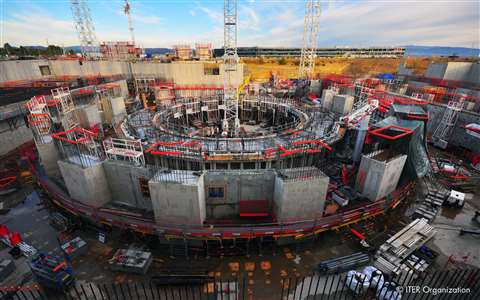 Nuclear engineering firm Assystem has been awarded a design and testing contract on the ITER fusion energy project in France.

The Paris-based company will design and prototype test the divertor remote handling system (DRHS) for the experimental reactor currently under construction in Provence in the southeast of the country.

Assystem says the work is pioneering the application of industrial expertise to fusion projects.

Speaking about the fusion device, he said, “It is a harsh irradiated environment requiring regular maintenance and once it begins deuterium-tritium operations in 2035, the only safe way of entering the reactor will be with remotely operated machines and tools.”

As has been previously reported in Construction Europe, the groundbreaking ITER project will produce electricity by replicating the fusion process that powers the sun.

At its peak, an estimated 2,000 workers will take part in the construction of the ITER facility, which stretches across a 180 hectare site. Construction of the plant and auxiliary buildings is now largely complete, with the main phase 1 reactor assembly (consisting of more than one million elements) predicted to continue for the next five years.