A total of 18 new trade and investment deals, which will contribute around £9.7 billion to the British economy and create 30,000 new jobs, have been announced by the UK Government. 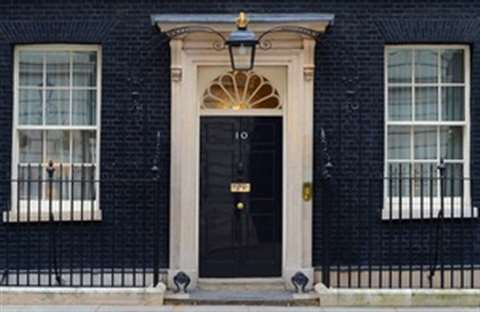 The deals were secured at the Global Investment Summit, which was hosted by the Government and sought to encourage foreign investment to “support green growth” of the country.

With multi-billion-pound investments from a number of international companies - such as Iberdrola, Viridar and Budweiser, “the package of 18 deals will support growth in vital sectors such as wind and hydrogen energy, sustainable homes and carbon capture and storage”.

Speaking of the new investments, which were secured ahead of the COP26 climate conference, Prime Minister Boris Johnson said, “The world’s top investors have seen the massive potential in the UK for growth and innovation in the industries of the future.

“The fantastic £9.7 billion of new investment we have secured today will power our economic recovery, creating thousands of jobs and helping to level up across the country.”

Johnson added, “This is just the start. We will see new partnerships for green growth forged at today’s Global Investment Summit, as we look ahead to COP26 and beyond.”

One of the major deals announced was with energy provider Iberdrola, which intends to invest £6 billion in the East Anglia Hub offshore windfarms through its ScottishPower subsidiary.

While subject to planning consent and a Contract for Difference, “Iberdrola’s biggest offshore wind development anywhere in the world” aims to supply green energy to around 2.7 million British homes and is anticipated to create around 7,000 jobs.

Ignacio Galán, Iberdrola’s Chairman, said, “We share the ambition of the Prime Minister’s Ten Point Plan and, following the stable and predictable UK framework, we are committed to playing our part.

“Our £6bn investment in the East Anglia Hub would be a significant step to achieving enough offshore wind to power every UK home by 2030.” 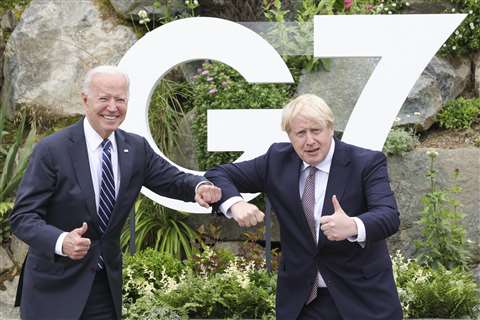 The new package of deals builds on the £5.8 billion of foreign investment already secured by the UK Government since the launch of the Prime Minister’s Ten Point Plan last year. (Pictured: US president Joe Biden and UK prime minister Boris Johnson at the G7 summit earlier this year)

UK Government has committed £200m to the partnership for the development and deployment of UK projects in these areas. This investment will be matched by investors and businesses partnered with Breakthrough Energy Catalyst, in order to bring the technologies to market.

Bill Gates, Founder of Breakthrough Energy, said, “Our partnership with the United Kingdom will accelerate the deployment of these critical climate solutions, helping to make them more affordable and accessible.

“In order to achieve net-zero emissions, we need to reduce the costs of clean technologies so they can compete with and replace the high-emitting products we use today”.

He added, “Over the next 10 years, Catalyst aims to work with the Government to support the commercialisation of high-impact decarbonisation technologies and help rapidly drive down the cost of green technologies that are too expensive to scale, and take these to global markets.

Other deals secured at the Global Investment Summit: