A topping out ceremony has taken place at a facility that will produce concrete elements for the Fehmarnbelt link – an undersea tunnel in the Baltic Sea. 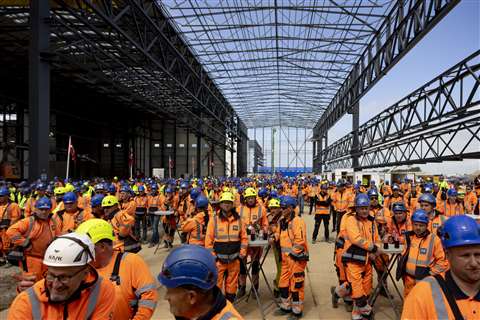 Workers gather at the Fehmarnbelt factory to celebrate the completion of the first tunnel manufacturing hall. Photo: Femern A/S

Many of the factory’s 1,000 workers attended the Rødbyhavn construction site, on the Danish island of Lolland, to celebrate the roof being installed on the first of three halls that will together comprise what is said to be the largest facility of its kind ever built.

When complete, the factory will occupy approximately one million m2 of the entire construction site.

The Lolland factory will cast the 89 217m-long concrete segments of the 18km undersea tunnel that aims to connect the island with the German island of Fehmarn.

Each of these tunnel segments will weigh over 73,000 tonnes and, importantly, the halls of the factory will boast strict climate control, ensuring the segments harden evenly. 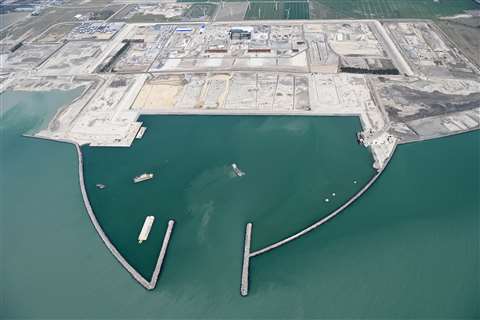 The newly-constructed harbour at Lolland, where the concrete tunnel segments. Photo: Femern A/S

The factory halls are being constructed by Give Steel and the company’s CEO, Torben Larsen, who attended the ceremony, said, “We are proud that this factory has been built using our steel structure and manpower, and not least that the project is carried out with focus on social responsibility.”

The first of the six production lines is expected to be ready by the end of the year, with the first segments expected to be towed by barge to their respective immersion points next year.

The road and rail tunnel’s developer is Femern A/S, while the main contractor on the €10 billion project is Fehmarn Link Contractors JV (FLC).

FLC chief executive Sébastien Bliaut, who also attending the topping out ceremony, said, “We still have many years of work ahead, but today we pause for a moment to admire the factory, and the great effort it symbolises.” 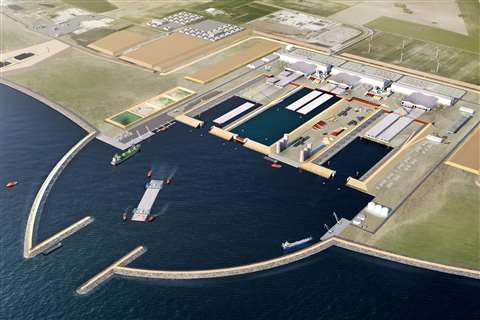 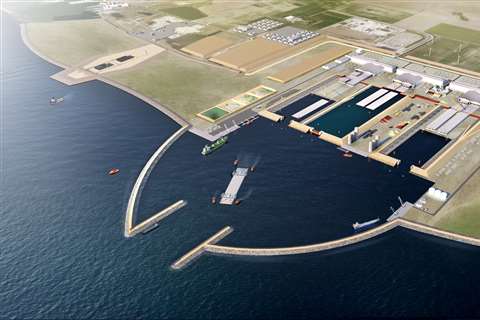