Partnering with EasyAlquiler (Spanish for EasyHire), part of the Easy group established by EasyJet airline founder Sir Stelios Haji-Ioannou, will enable Maxber to digitise its processes and take advantage of new technologies.

Maxber, which is based in Valladolid (northern central Spain), specialises in the rental and sale of aerial platforms and industrial forklift trucks.

Founded in 2002, it has four branches operating throughout central Spain and the eastern coastal centre of Valencia, servicing around 2,000 customers.

CEO Bernardo Gómez said, “At Maxber we had a clear idea that technology was the future. After the pandemic, we have realised that this is not the case. Technology is the present, and at Maxber we adapt to it now. 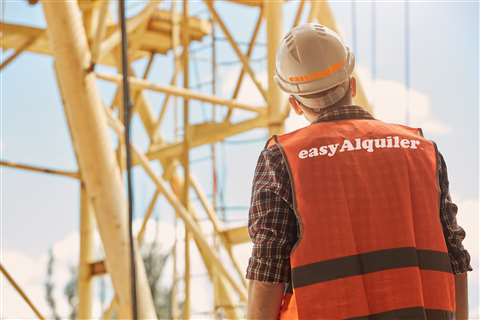 Developed in partnership with UK-based Rentuu, the cloud-based technology platform and franchise network for equipment rental, EasyAlquiler is designed to enable companies operating in the rental sector to digitise their processes.

The platform allows customers, to rent equipment and machinery “with just one click.” It can be customised according to individual businesses’ needs, and also offers support on tailor made digital marketing strategies.

Andrea Guzzoni, CEO of EasyHire and Rentuu, said, “We are delighted to be able to start our adventure in Spain with Maxber. Our mission is to facilitate the rental of machinery and equipment and we want easyAlquiler to become the point of reference in Spain, both for individuals and companies.”