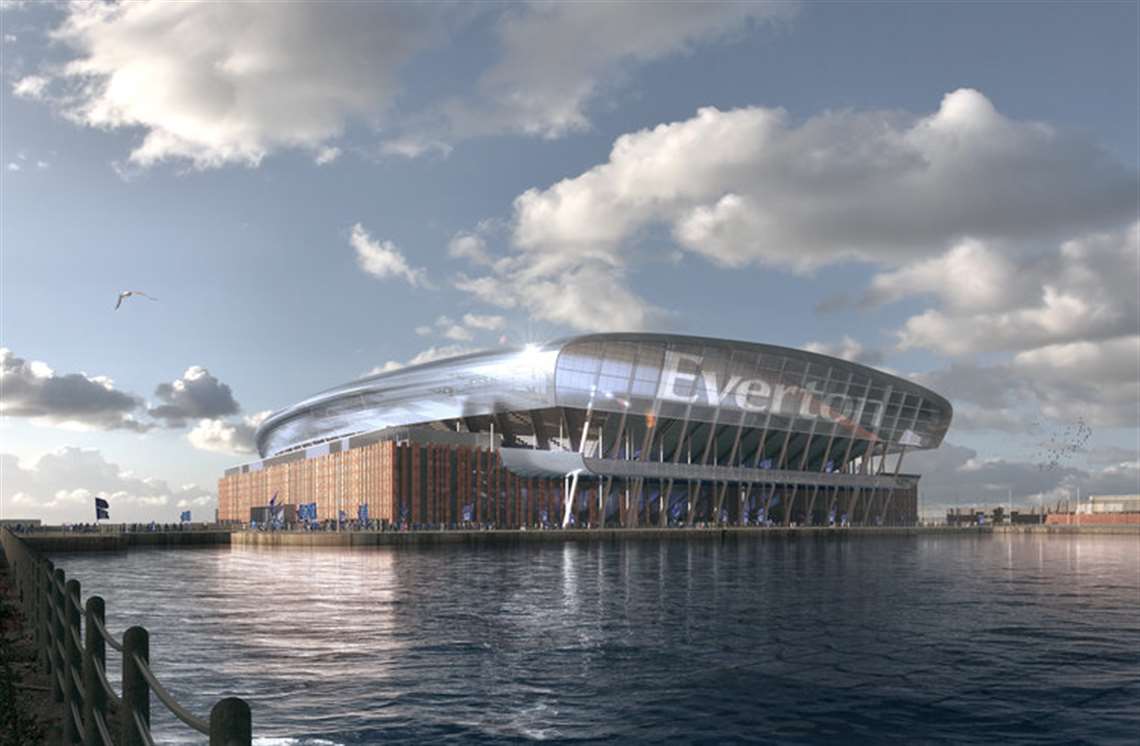 A new €580 million stadium for the UK’s Everton Football Club has moved a step closer, following Liverpool Council’s decision to approve the plans.

Now it only remains for the government’s secretary of state for housing, communities and local government to give final approval and the waterfront development can move towards the construction phase.

Laing O’Rourke has already been named as the preferred contractor to build the 52,000-capacity stadium, designed by MEIS Architects.

Local enterprise group Northern Powerhouse Partnership is supporting the project. Its director Henri Murison said: “Giving the green light to major shovel-ready infrastructure projects such as this will be key to spearheading a recovery here in the north. Bramley-Moore Dock will create thousands of jobs, unlock billions in economic growth for local communities and open up the city further to the rest of the world.”

Should the project go ahead, the new stadium – with a brick, steel and glass design – will be built at Bramley-Moore Dock, a semi-derelict UNESCO World Heritage Site in northern Liverpool.

The stadium build, with completion expected by the 2023-2024 football season, would form part of what has been termed the People’s Project, which will include a legacy project at the club’s current ground, Goodison Park. This project involves the development of affordable housing, a multi-purpose health centre and green space for the local community.